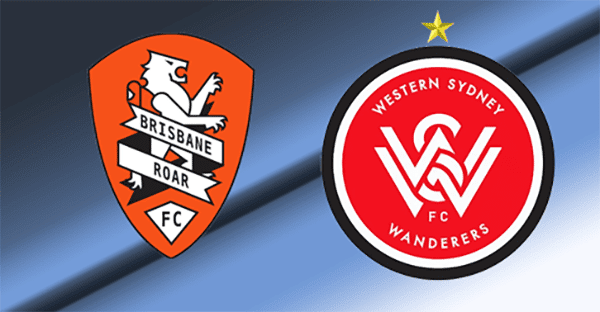 THE Western Sydney Wanderers host the Brisbane Roar at Pirtek Stadium on Sunday night to complete the semi-final weekend of action.

Everything is on the line, not just for this season, but for the legacies of two of the A-League’s most recognisable franchises.

For all their accolades and achievements, the Wanderers have never won the A-League trophy, while the Roar are looking to traverse unprecedented ground in becoming the first team to win the title from outside the top two.

The two teams have met twice previously in the A-League finals, but it will be the first time that the Roar and the Wanderers have met since Brisbane’s 2-1 victory in 2013/14 Grand Final.

Last week we picked the regulation time winner and the correct score – so we’re in great tipping form.

Corona believes the Roar can go all the way

Despite needing to defy history to once again be crowned the A-League champions, the Brisbane Roar believe they are better placed than any of the four remaining teams to hoist the trophy on Grand Final day.

Since the A-League’s inception no team has been able to win the title from outside the top-two, but according to Roar midfielder Corona his side are capable of becoming the first.

The attacking midfielder believes the confidence that the Roar will take from their incredible come from behind win over the Victory puts in them in a great space mentally to trek down an untravelled road.

“The team’s confidence is so high. We’re not scared of anyone.”

Corona’s teammate Jade North agreed with the dynamic midfielder, adding that the sources of their last gasp win against the Victory proved they have what it takes to overcome any adversity.

“We are a confident outfit at the moment, we have had some good form coming in [to the Finals Series].

“If Matt [McKay] can score with his right foot and Thomas [Broich] with his header, that gives us all confidence,”

“Obviously we started off a bit slow first half against the Victory but that to me is a sign of a good side – that you can correct things at half-time and still go on and win the game.”

The Roar will travel to Pirtek Stadium as underdogs despite experiencing a strong season which saw them almost end the season on top of the ladder.

Even with a perceived advantage over their opponents, Wanderers’ captain Nikolai Topor-Stanley said you only need to look back to last Friday night to see how dangerous the Roar can be.

“It’s the mark of a good team. Even when things are going against them, when the clock is running out, they can still find the goals to win games,” he said.

“I’ve got plenty of respect for that. They’ve shown that they’re never down and out and they can come back for anything, so we’ll be up against it.”

A RESILIENT Brisbane meet a rampaging Western Sydney on Sunday night in the A-League to determine who will progress through to the A-League Grand Final.

It is all on the line for both teams in this cut-throat encounter.

Both teams take in a solid defensive record into the semi-final match up.

The Roar and the Wanderers were able to keep clean sheets against formidable opposition in the final matches of the regular season and will be confident of doing so again in this do-or-die clash.

We anticipate a fiercely competitive contest.

Both teams will try to negate the influence that each side’s key players will want to have on the contest, which should mean there will not be a lot of time on the ball for either side.

We expect this will result in a stalemate at the completion of the 90 minutes.

From there we expect the home ground advantage to play in favour of the Wanders who should be able to claw their way past the Roar en route to next weekend’s decider.

Betting promotions across the semi final weekend of the A-League

Looking to add the A-League matches into your weekend multi?

Set your sights on William Hill, who have an awesome multi deal across all sports this weekend.

Place a four or more legged multi across all sports this weekend, and if you miss out by one leg – Wililam Hill will give you your money back, up to the value of $50.

Additionally, get a tiered bonus up to 40% added to your winnings.

Fancy putting the A-League into your soccer multis?

Sportsbet have your back.

Place a four or more leg multi on the world game across this weekend and if one leg fails, you get your stake back as cash, up to a huge $100.