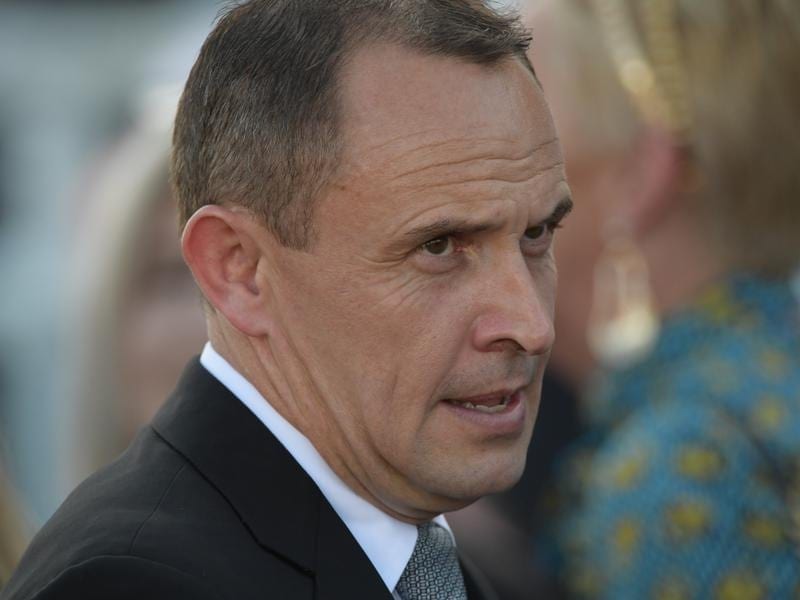 Trainer Chris Waller will have seven or eight runners in the Epsom Handicap at Randwick.

Trainer Chris Waller has won the three Group One races run in Sydney this season and will be out to add the next three to his tally.

Waller expects to have seven or eight runners in Saturday’s Epsom Handicap at Randwick headed by market leaders D’Argento and Unforgotten.

He will have four or five in the Metropolitan Handicap (2400m) but will rely on Fiesta in the Flight Stakes (1600m) for fillies.

Stable star Winx has won the Winx Stakes and George Main Stakes while The Autumn Sun took out Saturday’s Golden Rose at Rosehill.

“In the Epsom we will have Shillelagh, Tom Melbourne, D’Argento, Mister Sea Wolf, Unforgotten, Single Gaze and possibly Religify and Kaonic if he was to scrape into the field,” Waller said.

“I Am Serious is a possible. We are going to make a decision on Monday.

“In the Metropolitan we have Libran, Brimham Rocks and Patrick Erin as definites and High Bridge is a probable runner.

“Jake’s Hill, Abdon and The Lord Mayor are possible runners while Fiesta will be our runner in the Flight Stakes.”

Former New Zealander The Lord Mayor won at Rosehill on Saturday and the trainer will monitor his recovery before committing to a start.

Although he will have numbers on his side in the Epsom, Waller takes nothing for granted.

“I had the three favourites in the Doncaster once and they weren’t sighted,” he said.

“But I did have the first four in the Doncaster one year, too.”

Waller will also enter Unforgotten for the Underwood Stakes (1800m) at Caulfield on Sunday.

“We will nominate her for the Underwood just in case she draws barrier 20 in the Epsom,” Waller said.

“And Comin’ Through will run in the Underwood.”

The trainer also confirmed the Turnbull Stakes as the next race for Winx ahead of her tilt at a fourth Cox Plate.

He is also looking forward to the imminent arrival of two European Melbourne Cup contenders, Count Octave and Finche, who will join his stable.

“They are in Newmarket and will come out very soon,” he said.