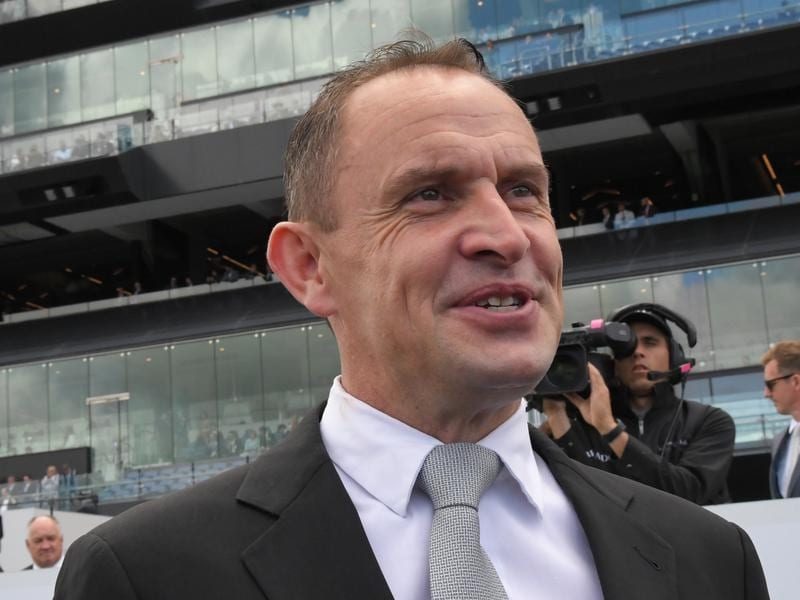 Trainer Chris Waller has confirmed Yes Yes Yes will run in his stable’s slot in the $14m Everest.

The three-year-old colt joins stablemate Arcadia Queen, who holds the slot held by The Star, and Nature Strip who on Wednesday was announced as the representative for James Harron Bloodstock.

Waller finalised a deal with the owners of Yes Yes Yes on Thursday and said he was thrilled to secure the colt as his runner.

“I have been incredibly pleased with what he has shown me over the past six weeks and am extremely confident he can acquit himself under weight-for-age conditions against an outstanding field of open age sprinters,” Waller said.

“Yes Yes Yes is an exceptional talent and I am eager to see him perform in The Everest.”

Managing part-owners Coolmore Stud released a statement saying they were also thrilled to see the three-year-old secure a start.

“Chris knows the horse better than anyone and his confidence in him only confirms our belief in the horse,” Coolmore Australia said.

Coolmore also has European sprinter Ten Sovereigns representing its Everest slot, although the international organisation has indicated the horse will only start if the track is not rain-affected.

The addition of Yes Yes Yes to the field leaves only two slots to be confirmed.

Godolphin is likely to start either Alizee or Bivouac, while the Melbourne Racing Club’s slot will be filled by the winner of Saturday’s Schillaci Stakes at Caulfield.