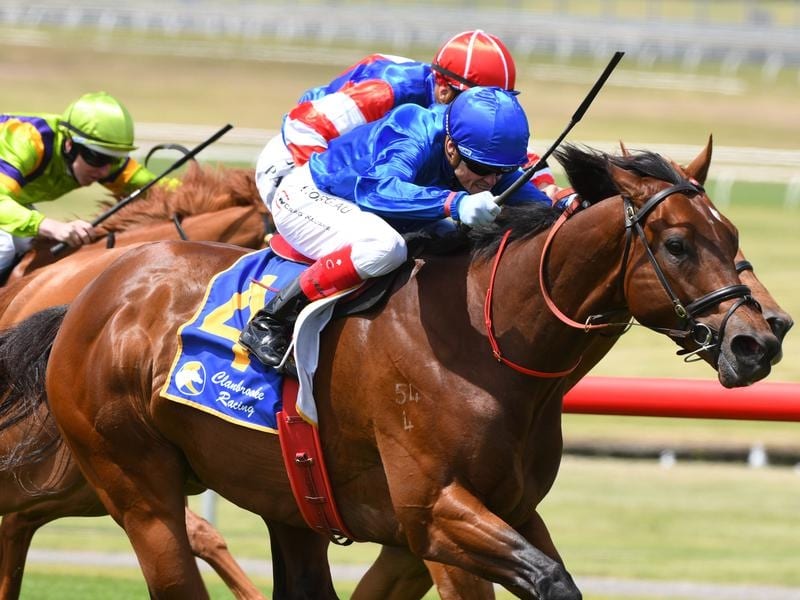 James Cummings is looking forward to Viridine renewing his rivalry with Jungle Edge at Caulfield.

Godolphin trainer James Cummings is banking on a rise in distance and some firmer footing being an advantage for Viridine in the Bletchingly Stakes at Caulfield.

Viridine was hampered by the heavy conditions when beaten into second place by Jungle Edge in the Sir John Monash Stakes (1100m) at Caulfield on July 11.

Saturday’s track is currently rated in the soft range and rain is not expected on race day while the Group Three race over 1200m is the final stakes race of the season which officially ends on July 31.

The Mick Bell-trained sprinter has had the better of Viridine in two of their three past outings.

Jungle Edge won the DC McKay Stakes in Adelaide in May, relegating Viridine to fifth, and in between that race and the Sir John Monash the pair met in Sydney in the June Stakes with the Godolphin galloper finishing fourth, just in front of Jungle Edge.

“We’re looking forward to taking on Jungle Edge again over a bit more ground and on a track that hopefully won’t be as heavy as it was two weeks ago,” Cummings said.

“On a heavy track Jungle Edge is a Group One horse. He’s shown that with a placing in an All Aged Stakes on heavy ground.

“But we’re not going into this race thinking we can’t turn around the result from the Monash and neither have we lost sight of the fact that there are some other very capable horses lined up against us.”

Viridine was prepared in NSW for the Sir John Monash but because of COVID-19 restrictions that are in place Cummings has not laid eye on the horse since.

Horses that have raced in Victoria are currently banned from entering NSW.

“Viridine has continued to train well at Flemington and according to reports he looks great and will go to Caulfield on Saturday in very good order,” Cummings said.

Both Viridine, who is favourite, and Jungle Edge have softened in betting since markets first opened.