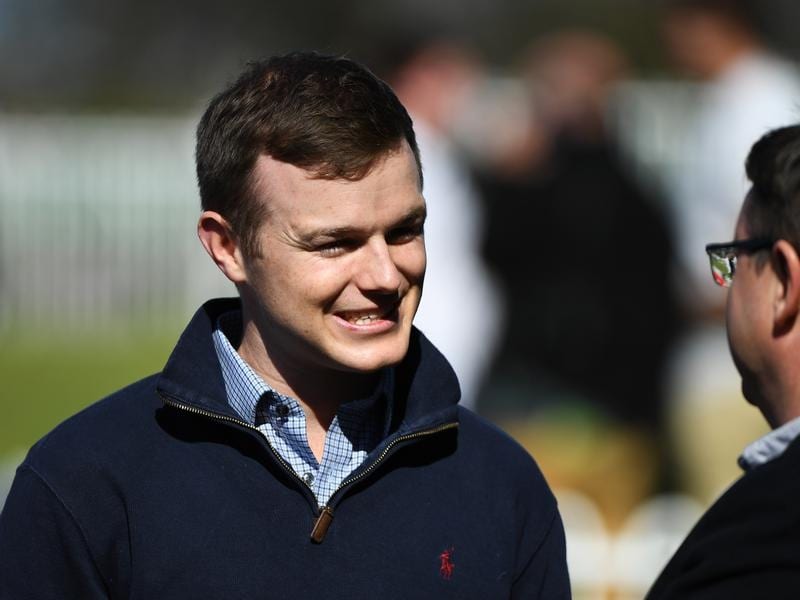 Co-trainer Ben Hayes has predicted a black-type future for Victory Kingdom after her Sandown win.

A dominant maiden win at Sandown by Victory Kingdom has signalled the lightly raced filly is on track for a crack at better-class races in the coming months.

Victory Kingdom was having her second start in Monday’s Mypunter.com Plate (1200m) and the $1.90 favourite led and kicked away in the straight under Craig Williams to win by 3-1/4-lengths.

“She was up the front with her big ears pricked and she never looked like losing.

“She really put them away well, so it’s very exciting.

“I’d say winning that well we’ll probably be looking for a nice black-type race next.”

Three-year-old Victory Kingdom is a daughter of Kentucky Derby and Dubai World Cup winner Animal Kingdom out of Victory Party and she races in Team Valor’s green and red colours also sported by her famous sire,

Victory Kingdom finished second to Beerz With Clint on debut at The Valley last month after beginning awkwardly but she got things right in her second appearance at the races.

“She had had a bit of time between runs and that was my only worry going into this race,” Hayes, who trains in partnership with his father David and cousin Tom Dabernig, said.

“She has really thrived and she looks fantastic. She has definitely come on and I think the blinkers worked as well today.”

Williams has a good opinion of the filly and predicted she had a good future.

“It didn’t hurt me to have a horse outside us up front to keep her concentrating but once I released her and asked her to lengthen at the top of the straight she did run away from them nicely,” Williams said.

“She’s got nice races in store for her.”

Mark Zahra and apprentice Lachlan King both rode winning doubles at the meeting with Zahra guiding Rossa’s Reward and Honourable Mention to victory while King won consecutive races on Kazio and Absolute Heaven.