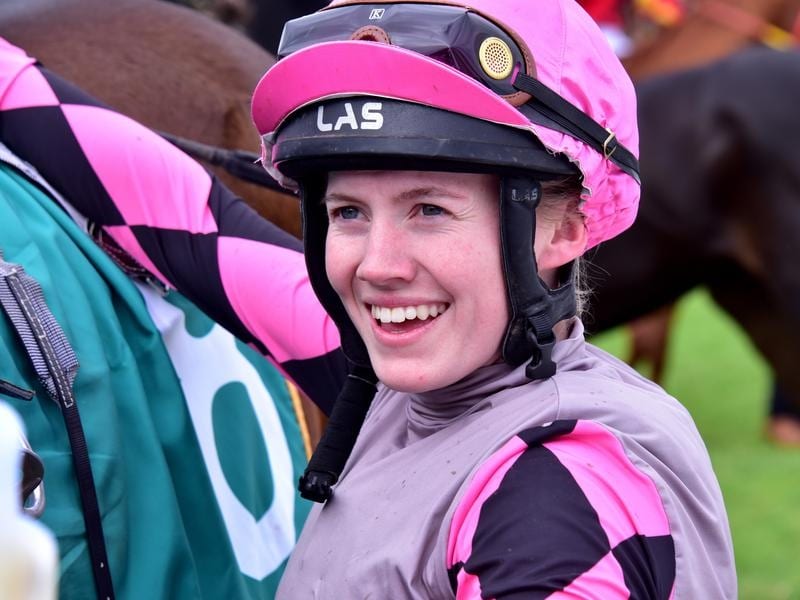 Mikaela Claridge died from undisclosed injuries when she fell from her horse during trackwork.

The racing community is heading back to the track following the death of an apprentice jockey after a fall during routine trackwork a day earlier.

Mikaela Claridge, 22, died from undisclosed injuries suffered when she fell from her horse during routine trackwork on Friday.

Officials had called off Friday’s Pakenham race meeting after the incident to give the industry a “chance to take a breath” and come together to reflect on the Ms Claridge’s death.

But racing is due to resume on Saturday.

“Mikaela was an extremely popular girl and she was embarking on what was going to be a successful career, and she was just finding her feet and getting going,” Victorian Jockeys Association president Matt Hyland said.

He would not speculate on the cause of the fall on the sand trails at Cranbourne.

Ms Claridge, who was married in March, resumed her apprenticeship in 2018 after a series of injuries and won her first race in September last year.

She transferred to trainer Ken Keys at Cranbourne and won another 28 races, most recently at Sale on July 11.