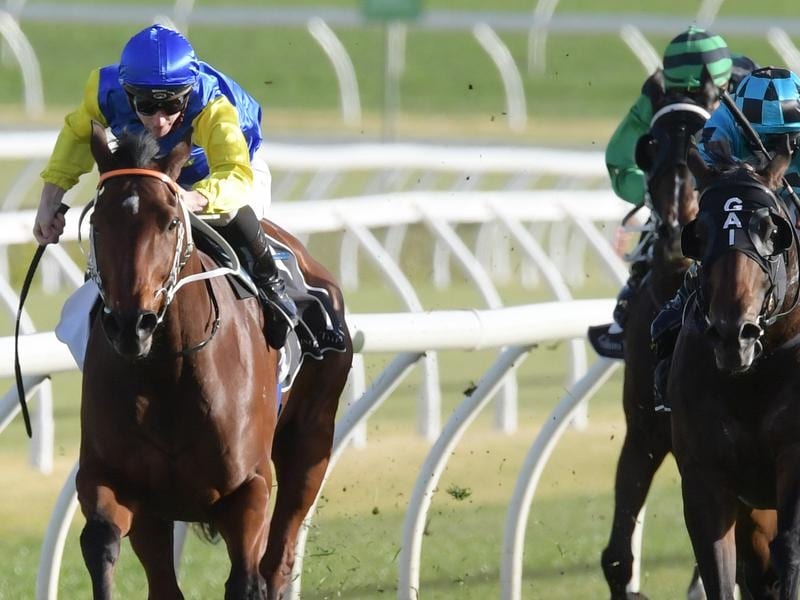 Kris Lees will have his bases covered for the first Group race of the Sydney season, regardless of whether the forecast rain arrives.

The Newcastle horseman, who finished last term as the leading trainer in NSW with 193 winners, has stable mainstay Le Romain and the emerging Special Reward in the Group Two Missile Stakes (1200m) at Rosehill on Saturday.

Showers are predicted in Sydney later this week and while a heavy track will pose no problems for Le Romain, Lees is not so sure about Special Reward.

“He has terrific form on soft, although from his trials I would say he’s not going to be good on heavy ground,” Lees said.

“I scratched him the other day with that testing track. It looks like that could come back in (play) with the forecast.

“But he’s had another trial since and this is a more suitable journey.”

Le Romain will be bidding to win the Missile at his third attempt, having finished runner-up to stablemate Invincible Gem in 2017 and third to Godolphin mare Alizee 12 months ago.

Lees is adamant the eight-year-old still has something to offer and expects him to again be competitive fresh.

“As he’s getting a bit older he probably takes a run or two but we should get a favourable track for him and he likes that type of ground,” Lees said.

“He could easily run a race.”

Mares have a superior recent record in the Missile winning four of the past six and they are again predicted to give Saturday’s renewal a shake.

New Zealander Melody Belle is an early favourite while Godolphin mares Flit and Savatiano are at single-figure odds.

Melody Belle will need to pass a fitness test before she is cleared to run after trainer Jamie Richards advised stewards she was being treated for a rash on her chest.

She has not missed any work and Richards reports the mare is otherwise in good order.

A field of 13 has been accepted for the Missile with weights headed by Epsom Handicap winner Kolding, one of three runners for premier trainer Chris Waller who is chasing his first win in the race.