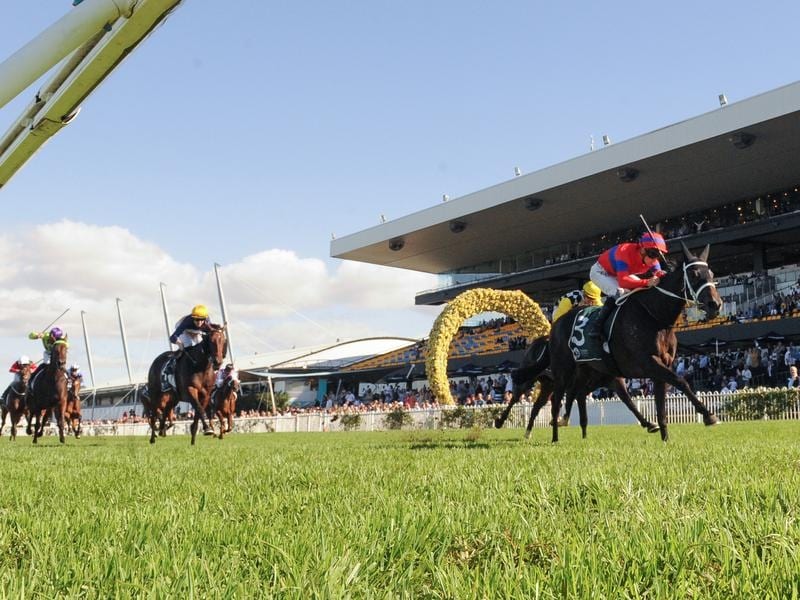 James McDonald is happy with dual G1 winner Verry Elleegant (r) after working her at Rosehill.

Dual Group One winner Verry Elleegant has galloped freely ahead of her assignment in the Winx Stakes after a slight scare.

The mare pulled off one of her shoes last Thursday and missed a race day gallop on Saturday with some tenderness in the foot.

James McDonald, who rode Verry Elleegant to two Group One wins last season, jumped aboard on Tuesday morning and gave her a solid hit-out, reassuring trainer Chris Waller all was well.

She is the second favourite behind Godolphin’s Avilius for the Winx Stakes (1400m), the first Group One race of the new season and named for her former champion stablemate.

“James Mcdonald was aboard and he gave me the thumbs-up. We are really happy with where she’s at.

“I think her mannerisms improved last preparation, in terms of relaxing much better, so we have got the benefit of that on our side.

“We seem to have a good platform now and starting them off over 1400 metres is always a bit easier as well, as they’re out of their comfort zone in terms of speed.

“I’m really happy with where she is at.”

The plan for Verry Elleegant is to go to the Cox Plate at the third start of her campaign, after the Winx Stakes and George Main Stakes.

“I only really want to give Verry Elleegant three runs through the spring,” Waller said.

“If she has a fourth run it will be in the Melbourne Cup after running in the Cox Plate.”

Waller’s other Winx Stakes runners – Unforgotten, Youngstar and Kings Will Dream – all went to Randwick on Saturday and put in pleasing race day gallops.

Waller will decide on Wednesday whether three-year-old Lucicello runs in the Silver Shadow Stakes (1200m), the first leg of the Princess Series for fillies, or the Up And Coming Stakes (1300m) against her male counterparts.

He sees the Anthony Cummings-trained Libertini as a stumbling block in the fillies race.

Libertini was installed the TAB’s $1.90 favourite in first markets on the Silver Shadow with Godolphin’s Flit closest at $6 ahead of Wednesday’s acceptances.