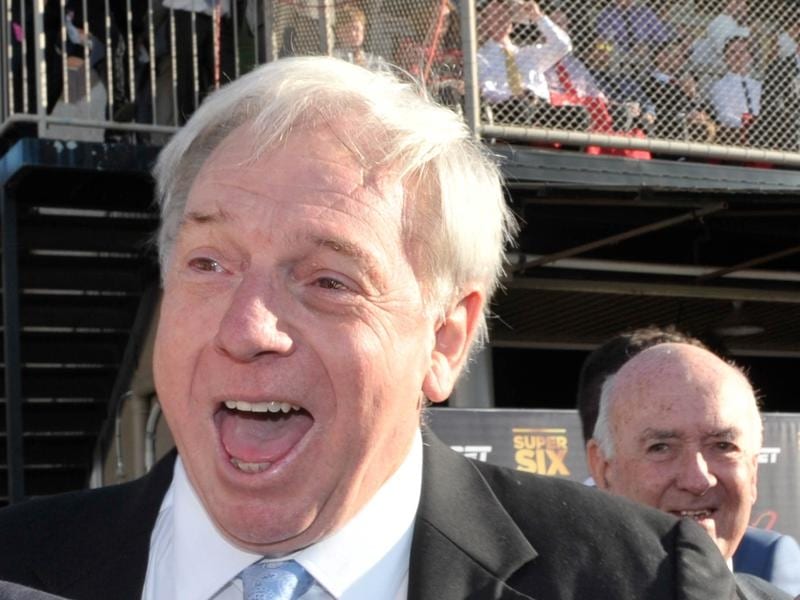 Co-trainer trainer Bryan Guy is hoping to cause an upset in the Group Three Winx Guineas.

Co-trainer Bryan Guy believes lightly raced Vendidit can make a mockery of his odds and cement his new venture with Orbis Bloodstock by winning the Group Three Winx Guineas.

The Sunshine Coast Guineas has been renamed the Winx Guineas after the champion mare started her record 33 consecutive wins by claiming the race in 2015.

Guy, who trains in partnership with his son Dan, is a multiple Group One winner but by his usual lofty standards this season has been below par.

“Our horse numbers got right down to around 15 and you find it hard to compete,” he said.

“It is easy to get despondent but we have been lucky enough to pick up a lot of new owners.

“Among then have been Orbis Bloodstock who have been great for us and we are looking forward to winning big races for them.”

Orbis sent the Guys a large number of horses earlier this year and they have gradually been sorting them out.

“It is a bit of a process but worthwhile. We had six winners last month and I think we are back under way,” Guy said.

Venditit was one of those winners, scoring at his first start at Ipswich.

He has since finished fifth at the Gold Coast and then fourth at Doomben over 1350m two weeks ago.

It was the Doomben run which encouraged the Guys to set Vendidit for the Winx Guineas.

“He should have finished a clear second. He got forced back to near last from his wide barrier and then had to weave through the field to get a crack at them,” Guy said.

“The big Sunshine Coast track and a better barrier should see him get a much fairer run.

“It isn’t the strongest Group Three and he is up to this class.”

Vendidit is one of many expensive horses bought by Orbis Bloodstock who have been big players at yearling sales in recent years.

He is by Hinchinbrook out of Rose Of Choice who was a stakes winner in Western Australia and he fetched $450,000 at the 2018 Magic Millions Sales.

Vendidit’s sister by I Am Invincible was sold to Yu Long Investments for $1 million at the 2019 Magic Millions sales.