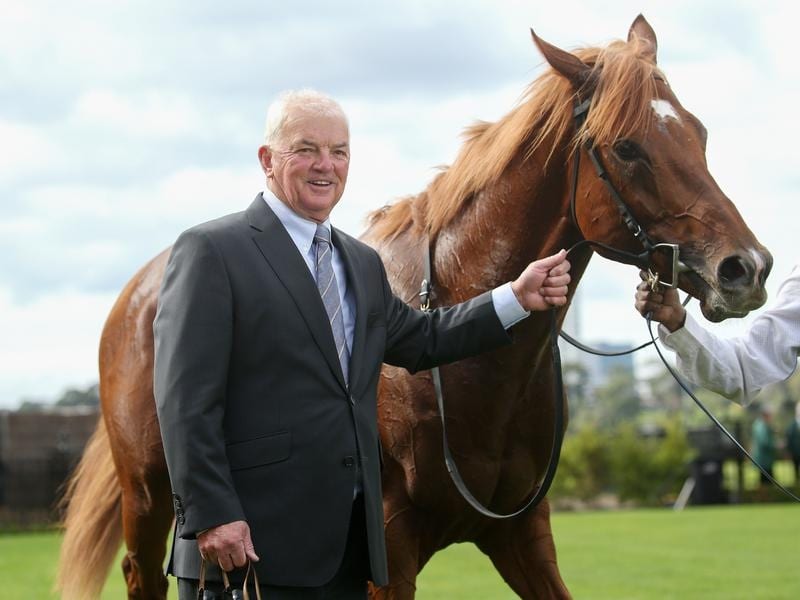 Trainer Colin Little is pleased with Vassilator ahead of his return in the Rgal Roller Stakes.

Trainer Colin Little is looking forward to the return of Vassilator despite delaying the Group One placegetter’s season kick-off by a week.

Little had Vassilator entered for the Aurie’s Star Handicap at Flemington on Saturday but has elected instead to start him in the Regal Roller Stakes (1200m) at Caulfield.

Vassilator showed his promise as a two-year-old before chasing The Autumn Sun home in last year’s Caulfield Guineas.

He failed to flatter in two autumn starts but pleased his trainer in a trial at Cranbourne last week, finishing third behind Causeway Girl and Extreme Bliss, showing Little he was ready for a good spring campaign.

“He was very strong and he was very competitive over 800 metres against horses that have black-type form over 1000 and 1200 metres and he finished less than a length away from those horses,” Little said.

“His action looked great off a really good spell and I thought he looked super in the trial.”

Little reasoned another week of work would be beneficial for Vassilator allowing him extra time to work on the gelding’s head problem.

Vassilator has been his own worst enemy by throwing his head around in his races and Little and his staff have worked hard to overcome the issue.

“He jumped well but got his head up a bit in the first 100 metres in the trial but then he settled down quite well after that,” Little said.

“There’s probably a little work to be done there as that’s his weakness.

“When he starts tugging, he throws his head in the air and stops breathing and sometimes he can get run over when he does that.

“He’s a good horse and we’re hopeful of getting his head down as we’ve done a lot of work with him.”

To finalise his preparation for Saturday’s race at Caulfield, Little said Vassilator would either contest a jump-out on Tuesday morning or have a gallop on the course proper at Caulfield.