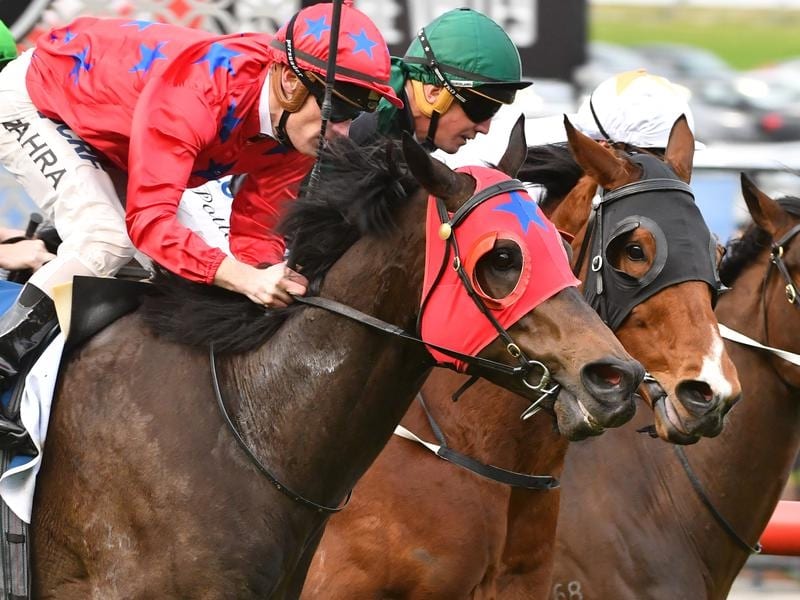 Usain Bowler (left) will be tested in better races after a fast-finishing win at The Valley.

Usain Bowler has given trainer John Sadler an early 65th birthday present with a late-surge victory at The Valley.

After taking over the training of Usain Bowler from the disqualified Robert Smerdon, Sadler felt Usain Bowler was capable of winning a good race up to 1600m.

That was until an operation for a throat complaint which has since kept Usain Bowler to sprinting.

Ridden by Mark Zahra, Usain Bowler was sent off the $2.90 favourite in Saturday’s Four’N Twenty Handicap and defeated Beautiful Flyer ($17) by a head with Tavisan ($4.40) a half-head away third.

“I remember Tommy Hughes saying Umatilla would win up to a mile and a half if he was able to breathe.

“I remember thinking that couldn’t be right, but he sired the winners of Sydney Cups, Adelaide Cups and those sort of races.

“This horse would run a good mile no worries, but not with the way his wind is.

Sadler said he would now look for a suitable benchmark 90 race and then if his form warrants consider aiming the gelding at the Group One Sir Rupert Clarke Stakes (1400m) at Caulfield in September.