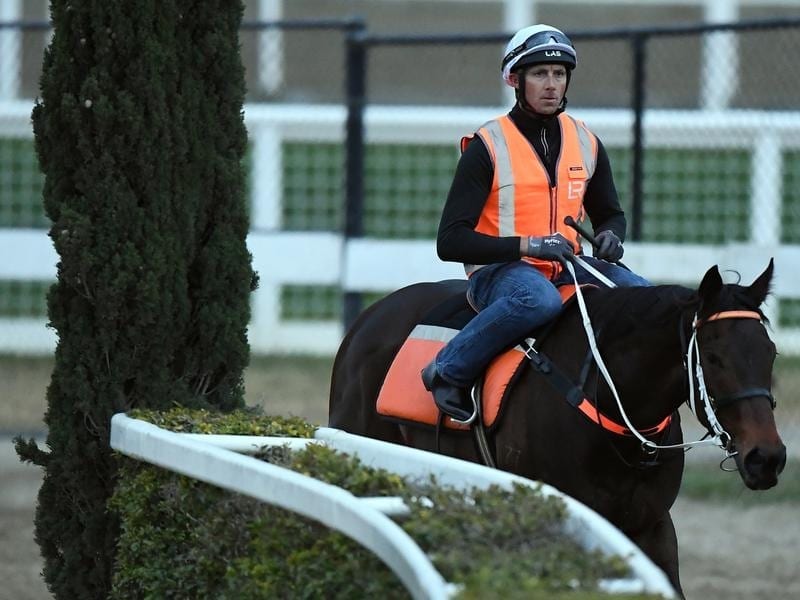 Smart Melody is the favourite for the Thousand Guineas although she has yet to race at 1600m.

Star jockey James McDonald has the job on Smart Melody in the Thousand Guineas but the man who has been riding the unbeaten filly in important gallops believes the favourite is in terrific shape for her biggest test yet.

Newcastle trainer Kris Lees’ assistant Mal Ollerton put Smart Melody through her paces on the Caulfield course proper on Tuesday morning in preparation for her step up to 1600m Saturday’s $500,000 Group One race for fillies.

Later in the morning Smart Melody drew barrier two in the field of 16 to hold favouritism at $3.20.

“I came down and galloped her before she won the Prelude and she hasn’t gone backwards,” Ollerton said.

“I couldn’t be happier with her this morning.

“It was more maintenance than anything to keep her ticking over for Saturday. In saying that she worked quite well.

“I think she has probably worked better this morning than she did last time I came down and rode her.”

McDonald has not ridden Smart Melody before and had been hoping for a good barrier as he believes the 1600m is the only query.

Ollerton is confident Smart Melody can cope with the distance.

“We’ve always thought she would run a mile,” he said.

“Even though she was as brilliant as she was early in those shorter races, at home in her work she has always given you the feel that she would run a mile.

“People probably think she’s probably a 1200-metre horse because she is so brilliant, but I don’t think the mile will be an issue at all.”

Lees also has Thousand Guineas second favourite El Dorado Dreaming who made her spring return with a third to Smart Melody in the Prelude.