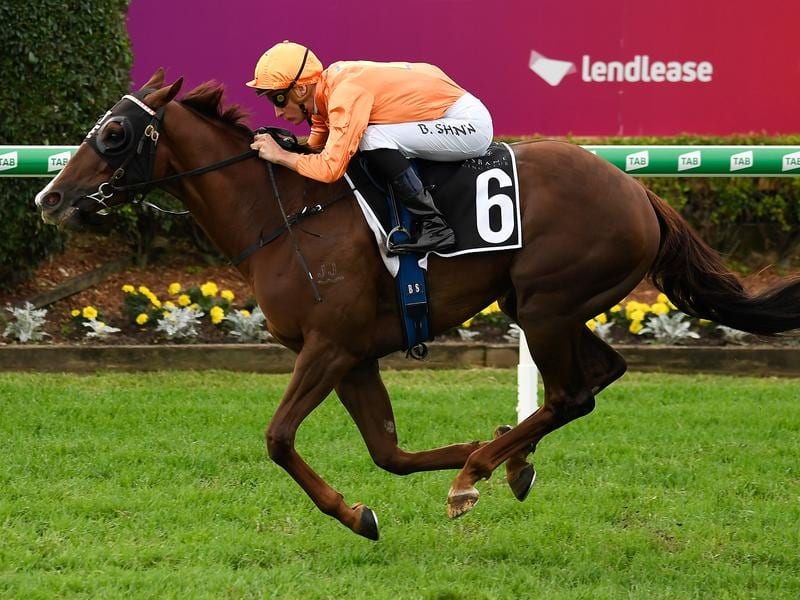 Tyzone runs in the Lough Neagh at Eagle Farm as he builds to a possible Magic Millions start.

Co-trainer Toby Edmonds believes the decision to avoid a Sydney trip with Group One performer Tyzone will make it easier for him to get a wild card to Magic Millions day.

Edmonds was tempted to take Tyzone to Randwick on Saturday for the Listed Razor Sharp Handicap (1200m).

He instead accepted with Tyzone in the Listed Lough Neagh Stakes (1300m) at Eagle Farm.

Edmonds, who co-trains with his son Trent, said Tyzone would need to win The Buffering at Eagle Farm on December 28 to get a run in the Magic Millions Cup on January 11.

“In the end it is easier and better all around to stay home if we are looking at a Millions day start,” Edmonds said.

Tyzone ran second in the Group One Stradbroke Handicap in the winter and is again being aimed at that race next year.

Edmonds has also elected to take a direct course to the Magic Millions Cup with comeback horse Crack Me Up.

The gelding ran fifth at his first start back from a year off in the Recognition Stakes three weeks ago.

But Edmonds hopes to give Crack Me Up a trial leading into the Millions Cup on January 11.

Crack Me Up is one of several horses Edmonds has in his stable that were previously trained by the now-retired Liam Birchley.

Edmonds has another ex-Birchley horse, two-year-old Smart ‘N’ Sex, making her debut in the Listed Calaway Gal Stakes on Friday at Doomben.

He hopes to qualify the filly for the Magic Millions 2Y0 Classic, a race the stable won in 2017 with Houtzen.

Smart ‘N’ Sexy was a solid second in a recent Gold Coast trial.