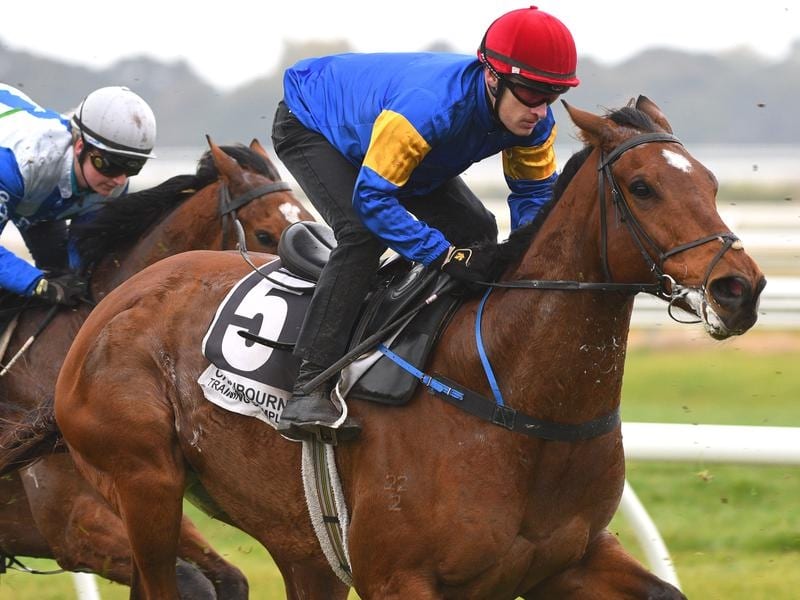 Santa Ana Lane will run in either Sydney or Melbourne after missing The Shorts at Randwick.

After aborting Plan A for Santa Ana Lane’s Everest preparation, connections of the star sprinter remain optimistic it will not negatively impact on his chance to win the $14 million sprint.

Santa Ana Lane was scheduled to head to Sydney to run first-up in Saturday’s Group Two Shorts (1100m), won by Pierata, but after more than 80mm of rain at Randwick during the week, trainer Anthony Freedman decided to keep him at home in Melbourne.

The five-time Group One winner is instead scheduled to make his return on October 5 at either Randwick in the Premiere Stakes or Flemington in The Gilgai, two weeks before the $14 million Everest (1200m) at Randwick.

The past three times Santa Ana Lane has won have been off a four-week gap between races.

“It was obviously going to work really well to go four weeks from The Shorts to The Everest with a trial in between,” Freedman’s son and assistant trainer, Sam Freedman, said.

“But going back through his record he won The Goodwood last year off a two-week back-up so it’s not foreign to him and he’s pretty bombproof these days.

“Ideally we would have had three weeks but there’s nothing next week other than the Moir Stakes, so we’re just happy to give him a trial probably next Thursday at Flemington and then he’ll head to either The Gilgai or Premiere.”

The decision which event he runs in will not be made until the week of both races.

“If we feel he needs that trip away and we think it might bring him on then we’ll send him to Sydney, but if we’re really happy with how he’s going down here we may just run him down here and then go up for The Everest as a bit of a hit-and-run mission,” Freedman said.

Santa Ana Lane had been the long-time favourite for The Everest but Pierata assumed favouritism at $5 after his win in The Shorts, with Santa Ana Lane now second pick at $6.