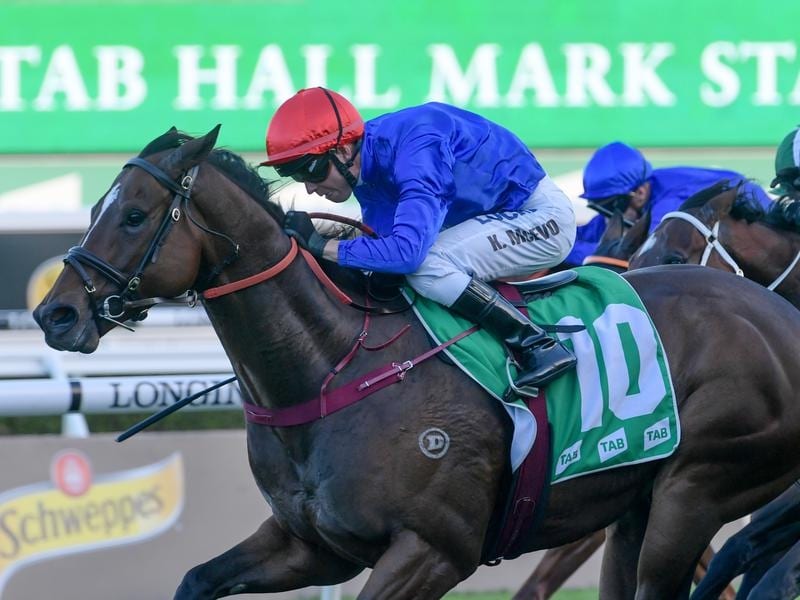 Trekking showed his liking for firm ground, finishing strongly from midfield to win at Randwick.

The return to racing on a good surface has played in favour of Trekking in the Group Three Hall Mark Stakes at Randwick but may have been against his Godolphin stablemate Home Of The Brave.

Ridden by Kerrin McEvoy, Trekking ($4.60) finished strongly from midfield in Saturday’s 1200m race to beat Brave Song ($17) by a neck.

Trekking has only had two starts this autumn because of the wet tracks but may continue his preparation over the Brisbane winter carnival if the ground suits.

“With the patience of waiting for today on the dry, he was able to get his heart rate down turning for home and really let go for Kerrin unleashing that sprint,” trainer James Cummings said.

“We’ll talk to Kerrin about Brisbane because the options are there. He’s got more to offer.”

Cummings said Home Of The Brave, who finished seventh as the $2.60 favourite, may have had excuses

“He was first-up for a long time but he might prefer soft or heavy tracks,” he said.

McEvoy said Trekking showed the benefit of the firm footing.

“He is an enjoyable horse to ride. James and the team have been patient with him, waiting for the dry ground,” he said.

“We got the right run and we were able to just tuck in behind them.

“Whether he’ll get to race on top of the ground in Brisbane remains to be seen but he hasn’t had a hard autumn by any means so there is every reason why there may be some more races for him up north.”