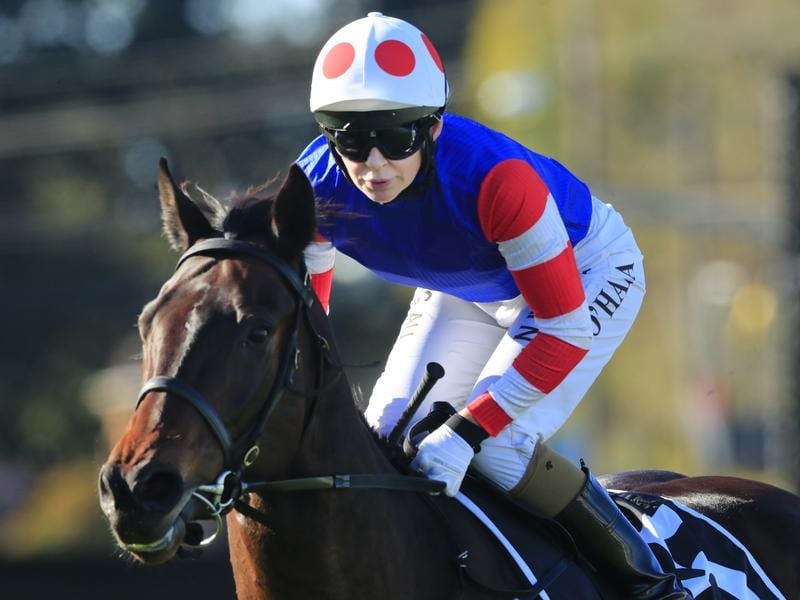 In-form sprinter Spaceboy is likely to be given a chance to prove his versatility at Randwick.

Sustained speed has been Spaceboy’s biggest asset but the frontrunner is set to be challenged to find another string to his bow.

The three-year-old finds himself in a sprint race laden with pace on Saturday, clashing with flying mares Witherspoon and Rosina Kojunup, while Buckin’Beauty is also a noted leader.

“You’ve got three or four that are going to go quick, so I don’t know if we would be able to lead if we tried,” Portelli said..

“If he is going to have any future in the game, you really don’t want to be a one-trick pony. It is going to be perfect for us to see how he reacts to being ridden in a comfortable position that might not be in front.

“This is a race that could define him going forward.”

Spaceboy has begun to convert his potential into results this winter, leading throughout to snare wins at his past two starts at Wyong and Randwick.

Portelli said the gelding lacked strength as a youngster but with maturity had continued to build his endurance.

Jockey Kathy O’Hara has also been a common denominator in his recent victories and will be given licence to ride the race as she sees fit.

“She certainly won’t be up for a race to the first turn,” Portelli said.

“I’m not sure he is going to get the cup of tea (run) he had last start, which is why I think Kathy will go out there with a view to riding the race as it unfolds.”

One of the rivals Portelli respects is the Bjorn Baker-trained Rosina Kojonup, a half-sister to his Golden Slipper winner She Will Reign.

Stable clients Darby Racing, who syndicated She Will Reign, were underbidders on Rosina Kojonup at the yearling sales and Portelli has kept an eye on her career.

“It will rub salt into the wound if it knocks me over,” Portelli said.

Spaceboy will be one of four Kensington track runners for Portelli along with two-year-old Squanto, Not Feint Hearted and wet track specialit Dio D’Oro.

The stablehands had attended the Crossroads Hotel at Casula, which has been at the centre of a virus cluster, but none have so far tested positive for coronavirus.