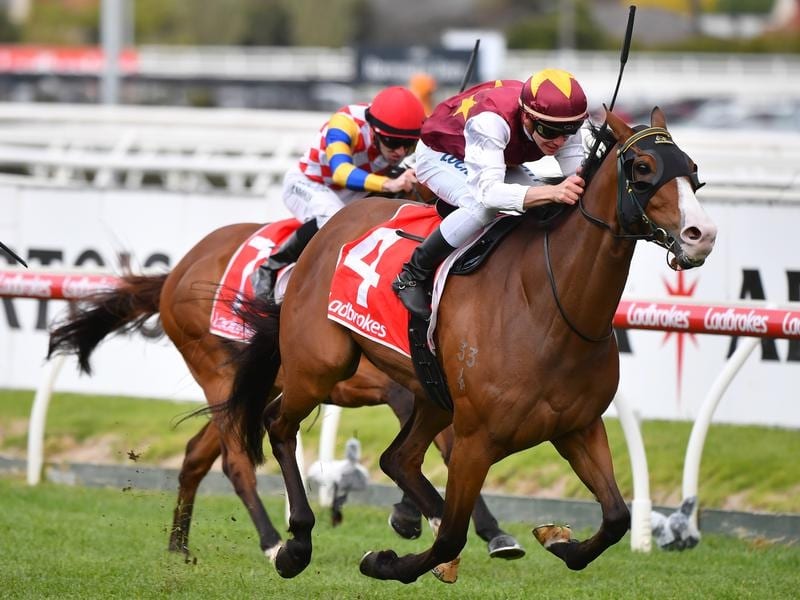 Streets Of Avalon will chase his fifth win at Caulfield in the Group Two P B Lawrence Stakes.

Mornington trainer Shane Nichols is certain Streets Of Avalon will go into the Group Two P B Lawrence Stakes with two great advantages over his rivals.

Firstly, he is a track and distance specialist with four wins, two seconds and a third from nine starts over 1400 metres at Caulfield, including a victory in the Group One Futurity Stakes in February.

Secondly, Nichols reasons the horse is fitter than most of his rivals having had one start back from a spell for a second to Viridine in the Bletchingly Stakes.

The Lawrence Stakes is also one of four target races that Nichols has specifically set for the six-year-old, while Streets Of Avalon’s rivals have their main goals further down the track.

“I set him for the Bletchingly, the Lawrence Stakes, the Memsie Stakes and the Sir Rupert Clarke Stakes,” Nichols said.

“We were just knocked off at the first one where I thought his run was enormous. That was the best he’s ever gone first up.

“I think he’s got a real advantage with his fitness level.”

Nichols said Streets Of Avalon would use his main asset, which is speed from the outset.

“I’ll leave it to Ben (Melham) but he’ll be positive on him and it will be a strong gallop,” Nichols said.

“There’s Morrissy and Sircconi who will also push forward. If Ben wants to lead then those other horses will have to take him on and that won’t help their chances.

“Ben’s other option, which might be the most likely one, is to take a drop behind the pair early, probably with Savatiano and then put the pressure on them.

“That’s going to take a lot of the sting out of his rivals who are first up.”

Nichol’s main concern is the weather forecast for showers in Melbourne.

Streets Of Avalon is yet to win in eight starts on rain-affected tracks.

“Obviously, I would love it if it was a good four. He’s probably okay on a soft six or a soft seven but if it got any worse that won’t suit him,” Nichols said.

Caulfield was in the soft range on Friday.