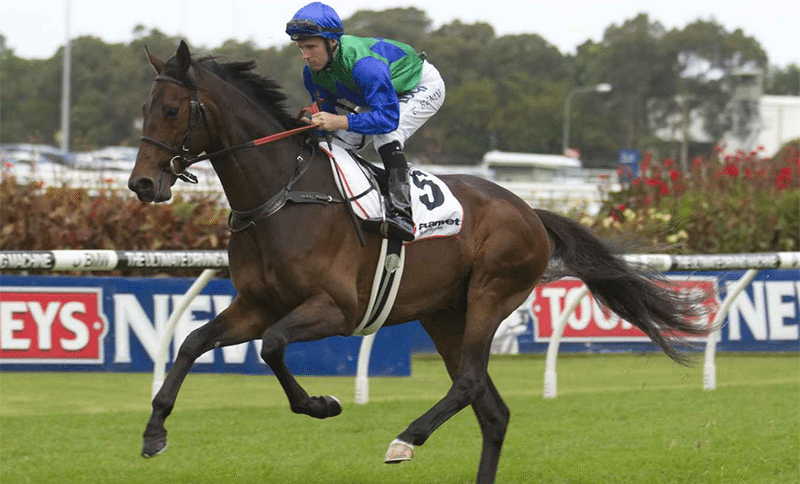 FORMER Japanese stayer Tosen Stardom is the $5.50 favourite at Sportsbet.com.au to start his Australian career with a win at Moonee Valley on Saturday despite doubts over whether the horse will be declared fit to run.

Tosen Stardom’s trainer, Darren Weir, was initially told his galloper would not be eligible to race in Saturday’s Group 2 Dato Tan Chin Nam Stakes at Mooney Valley due to a medical issue.

The former Japanese star had not passed the required medical tests following a bleeding attack after being quarantined in Sydney earlier in the year.

Weir’s runner now has a chance on Thursday morning to prove his fitness over 1000 metres at Warrnambool in the presence of a steward.

Racing Victoria chairman of stewards Terry Bailey said Darren Weir had little alternative but to head down to Warrnambool if he wants his star mount to race on the weekend.

“The options were for him to gallop (Thursday) before stewards or not run on Saturday,” Bailey said.

“I have to say that Mr Bailey has been very good in his handling of all of this,” Weir said.

“Initially we thought we weren’t going to be able to race but common sense has prevailed.

“It is a great outcome, he has to have a gallop over 1000m in front of the stewards.

“We were going to do a bit with him anyway so he will have to do a bit more, it won’t worry him, he is a big strong horse, it might do him the world of good.”

If Tosen Stardom is unable to take his place, Weir will still have multiple opportunities to take out the race.

Sportsbet.com.au representative Christian Jantzen said the punters are rallying behind the former Japanese stayer, expecting that Weir first-up polish to come to the fore.

“Tosen Stardom is the one punters want. He showed his class when second in the Ranvet Stakes during last year’s autumn carnival. He’s also trialled strongly since joining the Weir yard and is poised for a big first-up run,’’