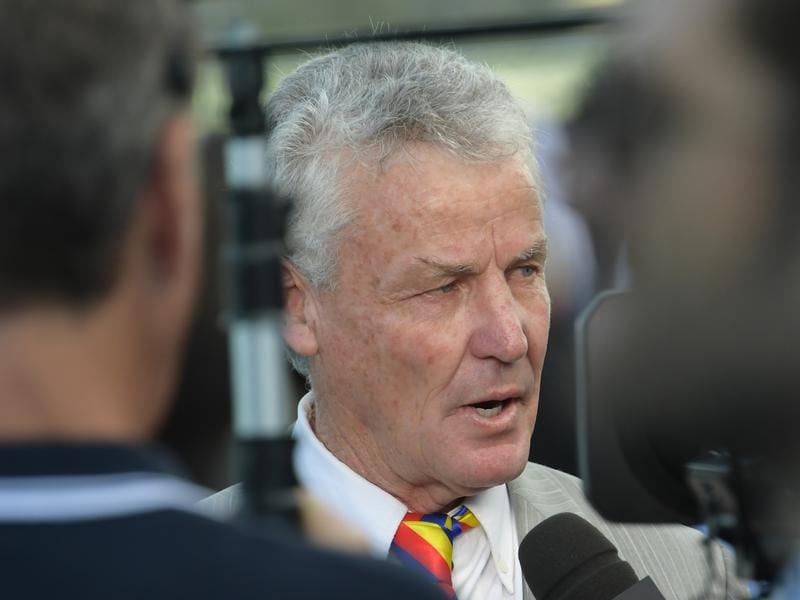 Trainer Greg Hickman is happy with Top Striker at Randwick but again ruing a wide barrier.

Top Striker’s record could be a lot better if not for wide barriers and the Greg Hickman-trained sprinter has again been handed a task for his next start at Randwick.

He has barrier 11 of 14 in Saturday’s TAB.com.au Handicap (1250m) on the Kensington track and will start from eight of 10 if none of the emergencies gain a start.

At his most recent run, Top Striker claimed a tough win at Randwick in similar class but his victory on April 13 was overshadowed by that of his stablemate Pierata in the Group One All Aged Stakes.

“I was confident about him last time because he drew barrier four and had worked so well leading up to the race.

“He has worked just as well and he certainly looks just as good as he did before his last run but it’s just the barrier that’s got him again and makes it hard for him to get a position.”

The seven-year-old has won eight of his 37 starts and been minor-placed nine times for earnings of almost $400,000.

Although he has started in stakes company just once in last year’s Group Three Maurice McCarten Stakes, Hickman is considering nominating him for next month’s Group One Kingsford Smith Cup in Brisbane

“I’m planning to enter him for the Group One. We can come back if we have to,” he said.

The stable will also have Braces running at Randwick in the Australian Turf Club Handicap (1550m).

The gelding has drawn nine of 13 and comes off a second on the Kensington track on April 3.

“He is a good, honest horse,” Hickman said.

Top Striker and Braces are part of the fabric of Hickman’s Warwick Farm stable with the trainer also opening a base on the Gold Coast.

“We have a lot of Magic Millions horses and it makes sense to have a stable there,” Hickman said.

Pierata, meanwhile, is the subject of the usual checks and balances before he joins the stallion roster at Aquis Farm following his retirement as a Group One winner.