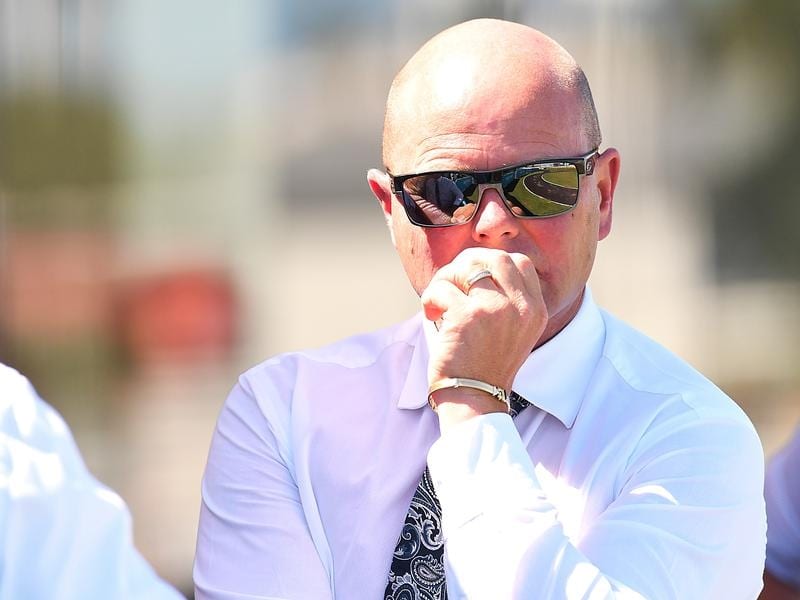 Matt Dunn is facing a significant career decision as the country NSW trainer contemplates a possible move to Sydney.

Based at Murwillumbah in the NSW northern rivers region, Dunn has had a small team of metropolitan-class horses stabled in Sydney during the COVID-19 pandemic.

Dunn’s temporary metropolitan presence has attracted some controversy given Highway Handicaps are restricted to horses trained in rural regions.

But it has also given him a taster of the opportunities a shift to Sydney could bring and brought forward the timetable for a possible relocation, which has been at the back of his mind for some time..

“At the end of the day it’s going to be difficult. I’m probably not going to get enough stables in Sydney but I’m sure, at some point, we’re going to be asked to make a decision whether we remain having horses trained out of Rosehill or retain our country status,” Dunn said.

“The situation we’re in at the moment has highlighted the fact that maybe our horses are competitive enough in Sydney if they’re trained in Sydney.

“We’ll figure it out. We’ve probably got a couple of weeks to decide which way we head.”

Dunn will have one runner at Randwick on Saturday when lightly -raced mare Chazelles resumes in the Highway Handicap (1000m).

The weekly feature has been a happy hunting ground for the trainer, who won it last Saturday with Rothenburg and claimed another last month with Ready To Humble.

He is confident Chazelles has done the groundwork to deliver another.

“I’d rate her as Saturday Brisbane grade and that’s the line you usually have to take with these Highways now. They’re getting harder to win.”

Chazelles will be ridden by leading jockey James McDonald who teamed with Dunn last week to get the job done with Rothenburg.