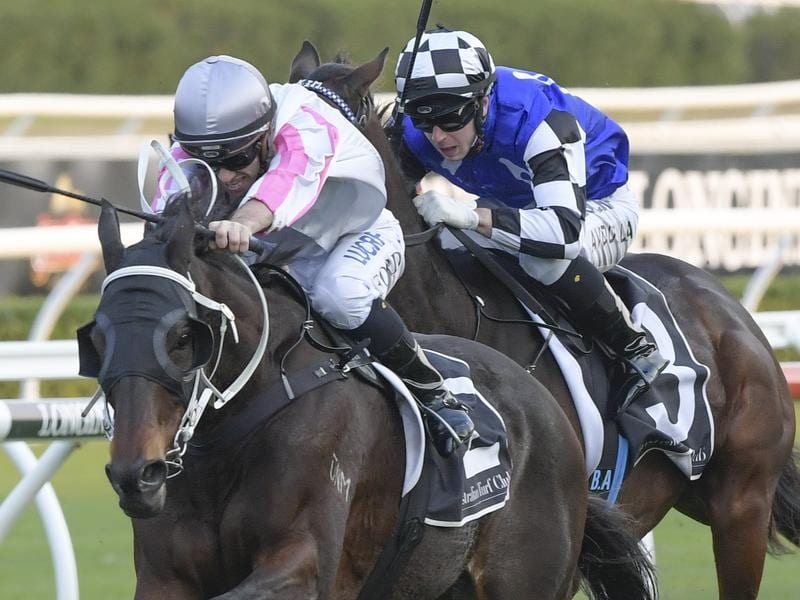 Destiny’s Kiss will return to racing in the Scone Cup on the 1st day of the Hunter Valley carnival.

Fan favourites Destiny’s Kiss and Tom Melbourne head the 27 nominations for the Scone Cup on the first day of the Hunter Valley showpiece meeting.

Now a 10-year-old, Destiny’s Kiss will have a winter campaign with Pride saying he shows no signs he is tired of racing.

“Winter is his time when the tracks are softer,” Pride said.

“He has had a good break and come back really well. He loves his work and stable life although obviously he is getting near the end of his career.”

Tom Melbourne racked up his 12th second placing in last month’s Hawkesbury Cup won by Archedemus after running third in the Doncaster Prelude behind his stablemates Mister Sea Wolf and Abdon.

There were 27 entries taken on Monday for the Cup and 17 for the Inglis Challenge (1100m) for two-year-olds.

The mare won the Group Three Newcastle Newmarket on March 8 before running third in the Group One Coolmore Classic eight days later.

Princess Posh is also entered for the Listed Luskin Star Stakes (1300m) and is the equal top-rated horse along with Godolphin’s Trekking.

There are more than 400 nominations over the two days.