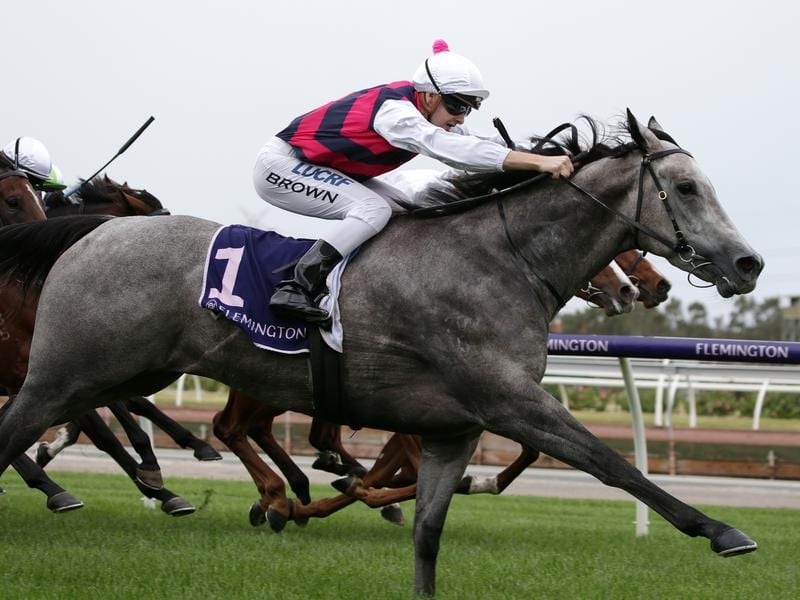 Trainer Robbie Griffiths will give three-year-old Fidelia her chance at 1600 metres at Flemington .

Robbie Griffiths has picked the longest of three races at Flemington for in-form filly Fidelia who will attempt to extend her winning sequence to three.

Fidelia has been entered for a three-year-old race and the opening heat of the Leilani Series on Saturday, both at 1400m, along with a benchmark 78 race for three-year-old fillies over 1600m.

The filly is coming off a Sandown win over 1300m last month and a Flemington 1410m success on May 4.

“We’ll give her a try over 1600 metres and if we’re not happy with her pre-race for any reason we’ll wait a week and go to 1400 metres instead.

“She’ll most likely end up in that Rivette Series which is run at Flemington.”

Griffiths is hoping to reap the rewards of his patience with Fidelia.

He contemplated the Thousand Guineas last spring, but resisted the temptation and gave the filly a long spell after an unplaced run at Moonee Valley in September.

“She was at a time to be competing in the good races but was fighting mother nature to develop, so we thought we’d tip her out and give her a spell,” Griffiths said.

“That’s why we’re a little out of sorts with our timing for the better races.

“A lot of horses don’t grow in the right time-frame to suit carnivals and she fits into that category.

“So with these winter series races coming up it’s a good thing. You can race through them and develop for the spring.”

Griffiths said Fidelia’s win last time was “enormous” after he watched everything go wrong during the race.

He said she went from a hopeless position, to might run a place, to might win to then win convincingly.

“If we can give her some experience at 1600 metres, she might be a filly that can go through her ratings pretty quickly and then that could set her up for a decent race in the spring,” Griffiths said.