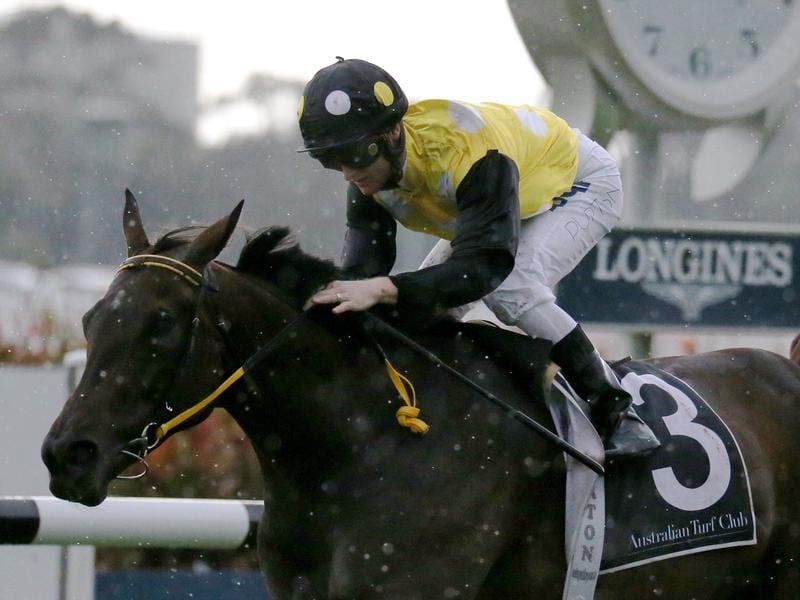 Group One winner In Her Time could be racing for the final time in the Hall Mark Stakes at Randwick.

The final day of Sydney autumn carnival at Randwick could also close out the racing career of dual Group One winner In Her Time.

The seven-year-old, who will contest the Hall Mark Stakes (1200m) on Saturday, is due to go under the hammer at next month’s Inglis Chairman’s Sale.

There are limited options for the mare beyond this weekend and trainer Kris Lees concedes it is likely to be her final start.

“It depends what happens with the sale but this could be her last run, who knows?” Lees said.

In Her Time has been a carnival regular for the Lees stable after doing her early racing for disqualified trainer Benjamin Smith.

She won the 2018 Group One Galaxy under Smith and added another win at the elite level in last year’s Lightning Stakes at Flemington for Lees.

Group One placed during the Melbourne spring, In Her Time resumed with a solid sixth in The Galaxy but was never in the hunt behind Nature Strip in the TJ Smith Stakes last start, finishing eighth.

“She was good first-up. I’m undecided about her second up run. I think the testing track probably contributed and also chasing Nature Strip in that high-pressure race but I would have liked to see her finish the race off a little better,” Lees said.

“She has pleased me since then and she should get onto a better surface.”

In Her Time will be one of two runners for Lees, along with stable warhorse Le Romain.

Their barn mates Graff and Tactical Advantage are early scratchings after drawing wide with both likely to run in the Hawkesbury XXXX Gold Rush (1100m) at Rosehill next week.

While Le Romain has not won since August 2018, he has placed twice at Group One level since and can usually be relied upon to run a cheeky race fresh.

“He will be better over further ground in time but it’s a nice race for him to start off in,” Lees said.

“He can always compete early in his prep, albeit he has had a longer break this time.”

Le Romain will have another run in Sydney before Lees weighs up a trip to Queensland for the revamped winter carnival where the Stradbroke Handicap is an option.

Chief Ironside, who will make his debut for Lees in the final race at Randwick, is also in line for a Stradbroke bid.