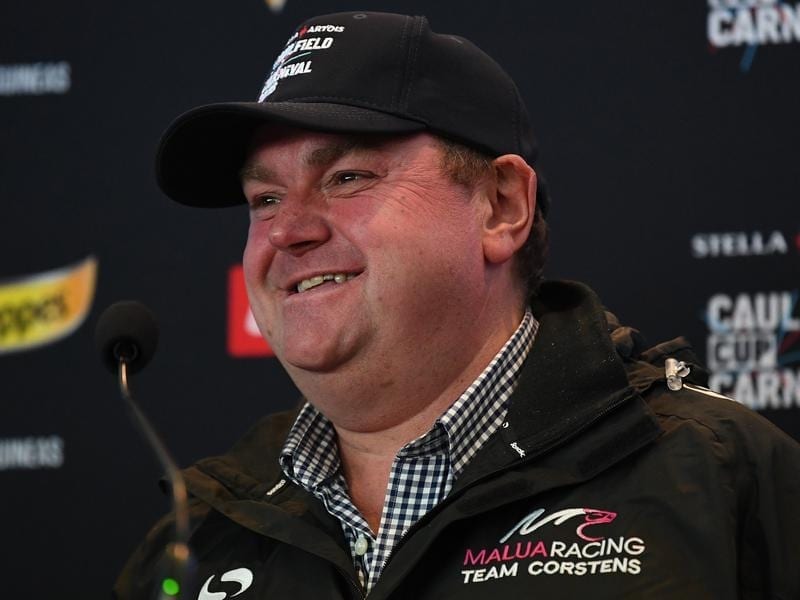 Trainer Troy Corstens is happy with Thrillster’s barrier eight in the Thousand Guineas at Caulfield.

Smart Melody remains the horse to beat in the Thousand Guineas after the barrier draw for the Group One race but trainer Troy Corstens is hoping Thrillster can turn the tables on the favourite.

Thrillster was beaten a length when runner-up in the Thousand Guineas Prelude, splitting the Kris Lees-trained pair Smart Melody and El Dorado Dreaming who are leading chances again in Saturday’s $500,000 race for fillies at Caulfield.

Thrillster had the outside barrier (16) when third at Caulfield first-up this preparation in the Quezette Stakes and also jumped from the widest gate (13) in the Prelude at Caulfield.

In between those races she won the Atlantic Jewel Stakes at Moonee Valley from a soft draw and last campaign she won the VOBIS Gold Sires at Caulfield from barrier five.

Corstens, who trains in partnership with his father Leon, believes Thrillster can put herself into a prominent position from her better draw, stepping to 1600m.

“I think her natural race pattern is to go forward. The only reason we’ve been stuck out wide or gone back is because we’ve drawn average. And today we’ve drawn well.”

Corstens rated Smart Melody the one to beat.

“She was devastating (in the Prelude),” Corstens said.

“I know we were taking a bit of ground off her at the end but I do think that they sat up on her a bit.

“We’re going in with our eyes open. She’s a formidable opponent but we’ll be trying our hardest to beat her.”

Group One winner Seabrook failed in the Golden Rose last start, pulling up with the thumps, and trainer Mick Price has applied blinkers to her for the Guineas.

The field has been reduced to 15 after the Paul Perry-trained Ducale was scratched after the filly was accepted in error against the stable’s wishes.

“Preliminary inquiries indicate that a technical glitch within the online system is most likely to have led to Ducale being accepted for the Thousand Guineas this morning when the Perry stable did not intend to do so,” Racing Victoria stewards said.

She is instead likely to run in the Group Three Thoroughbred Club Stakes (1200m), her original target.