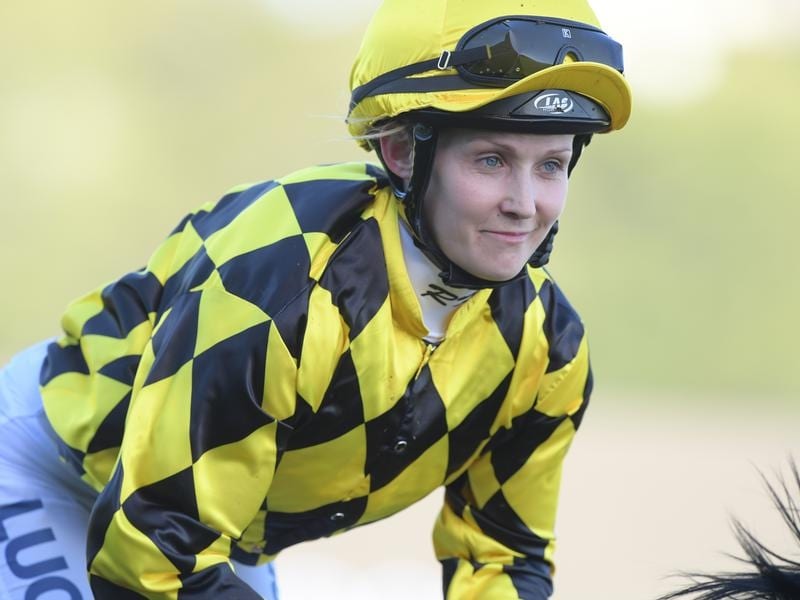 Rachel King will have surgery on her collarbone after five jockeys fell in a race at Tamworth.

Three of five jockeys involved in a race fall at Tamworth will undergo surgery on their injuries.

Ryan suffered a mild concussion in the incident was discharged from Tamworth Hospital on Sunday night.

Others were not so lucky with Group One-winning rider Rachel King to undergo surgery in Sydney this week on three fractures to her collarbone.

The Australian Jockeys’ Association said Josh Adams had lower lumber spine fractures that appeared stable but he may need to be transferred to Newcastle.

Adams also has a fractured femur which will require surgery.

Apprentice Wendy Peel will go to Sydney for surgery on a broken shoulder while Kath Bell-Pitomac has concussion and suspected broken ribs and will remain in hospital for a couple of days.

King, who rides comfortably at 51kg, won the Spring Champion Stakes on the Mark Newnham-trained Maid Of Heaven and rode Godolphin horse Encryption to seventh in Saturday’s Newmarket Handicap at Flemington.