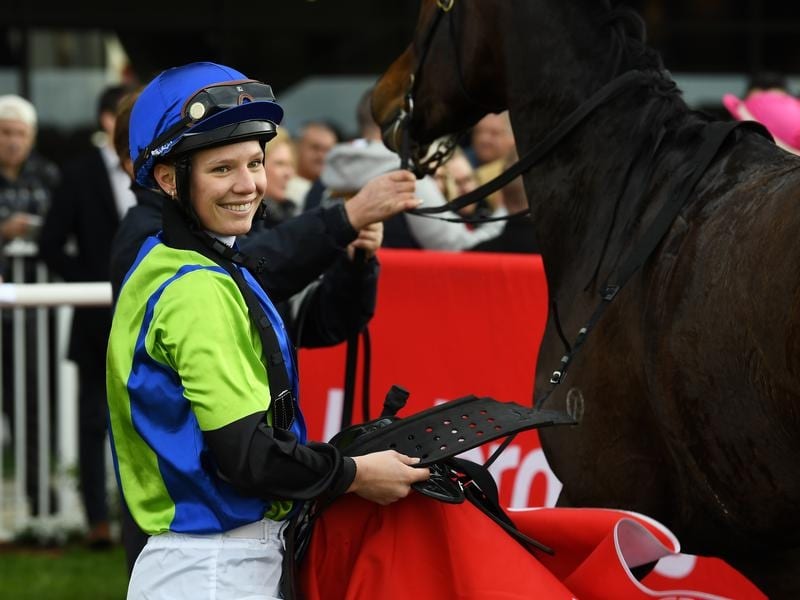 Melbourne apprentice Stephanie Thornton will be out to make an impact in a Brisbane riding stint.

Trainer Steve O ‘Dea and apprentice Stephanie Thornton hope they can transfer their form at the barrier trials to race success at Eagle Farm.

Thornton is one of Melbourne’s best apprentices who will try her luck in Brisbane during the spring.

She has ridden 145 winners but still has a 2kg claim in the metropolitan area.

O’Dea had six winners at the Doomben trials on Tuesday and Thornton was in the saddle for four of them.

They will combine with runners at Eagle Farm on Saturday with American Genius, Reckless Choice, So Spirited and Sienna Rose.

O’Dea had a lot of success with Thornton’s brother Boris who rode in Brisbane earlier this year.

“Stephanie is a very experienced rider and having a 2kg claim is a big boost up here,” he said.