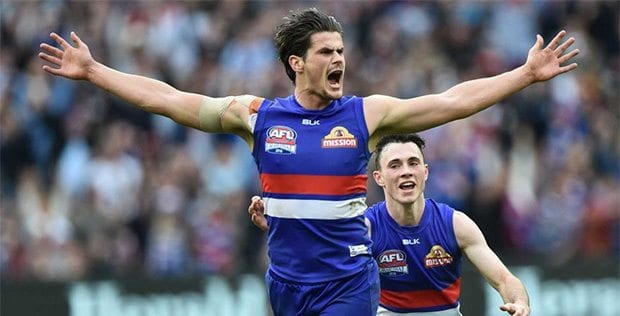 AS 2016 draws to a close sports fans can reflect on one of the craziest and most unpredictable years across almost every sport around the globe.

Drought-breaking title wins, tales of redemption and individual brilliance highlighted the year, which will go down as one of the best years of sport we may ever see.

We took a look at all the big stories of the year and issued the awards that all athletes the world over covet the most.

Let’s take a look at who won what and take a moment to relive the glory of what transpired in 2016.

When LeBron left his hometown city of Cleveland to play for Miami in 2010, the ‘King’ was the pariah.

Four years later King James came back to play for the Cavs in order to bring that elusive championship back to Cleveland, but after failing again in the NBA Finals in 2015 many questioned whether LeBron had it in him to steer his home city to an NBA title.

In 2016 he did just that – and to cap it all off he won his third NBA Finals MVP to go alongside the Cav’s maiden title.

You will not read a greater tale of redemption from a prodigal son this year.

While flashy half back flanker Jason Johannisen may have won the Norm Smith medal, in the eyes of the footy public Tom Boyd was the people’s champion of the 2016 AFL Grand Final.

After two years of ridicule and degradation Boyd showed signs of justifying his lofty pay packet throughout the finals series, but his Grand Final is one that will cement his legacy as a Bulldogs legend.

Boyd kicked three critical goals in the Grand Final including one from the centre square that sealed the win late in the match. It will go down as one of the most iconic goals in AFL history.

The Fairytale Award – the Chicago Cubs

No matter how you frame it, the Chicago Cubs snapping their 108-year drought to secure the MLB World Series is an incredible feat, but when you look at the manner in which they completed the historic win makes the occasion all the more special.

The Cubs not only had to overturn more than a century of heartache, but they had a 3-1 deficit to overcome – which included a game seven match up away from home.

In the end Chicago did it, completing one of the greatest World Series wins in MLB history.

It often takes a combination of preparation, execution and a dash of luck to win a title in any sport, but was there any luckier team in the world than Leicester City?

The Foxes went into the 2015/16 season competing against teams who were in transition, thinking they could get past the majority of the league on name value alone, but Leicester dared to believe.

Leicester won the Premier League with the fewest goals scored in a title winning season, the third fewest wins and the seventh worst defence.

In the end though, like just like Steven Bradbury – it does not matter how you cross the line as long as you are first.

UFC 200 was meant to be the crowning achievement for a sport that has come in leaps and bounds over the last five years, but due to circumstances out of the company’s control, Aussie heavy hitter Mark Hunt and a 39-year-old WWE wrestler by the name of Brock Lesnar were left to headline the card.

One look at the physique of a man whom is one year shy of 40 would have raised eyebrows for anyone, so it was no surprise when it was announced the former UFC heavyweight champion tested positive for PEDs in the aftermath of his win.

Lesnar subsequently copped a one year suspension and a USD$250,000 fine, but that is little consolation for Hunt who had to go up against a steroid-aided man mountain.

We say Lesnar should have to pay that fine directly into Hunt’s bank account.