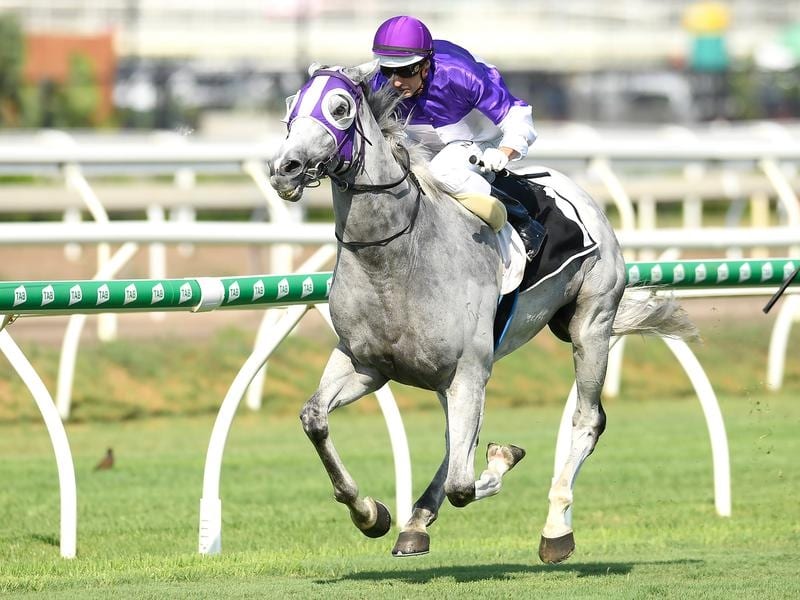 The Candy Man has posted record figures in winning over 1800m at Eagle Farm.

Injured trainer Barry Baldwin felt like throwing his crutches away and doing a victory jig after his horse The Candy Man ran a course record in winning the Hamilton Hotel Handicap at Eagle Farm.

Baldwin broke his ankle in a work accident last month and will be on crutches for some time.

Baldwin said he had known The Candy Man was ready to turn in a big run after his last-start unlucky third in the Brisbane Handicap at Doomben.

“He was looking for the bigger Eagle Farm track and 1800m,” he said.

“Now it is on to the Shoot Out Quality in a fortnight to try for a wild card into the Magic Millions Trophy next month.

“I am sure he will handle the 2400m of the Trophy and I just hope he makes the field.”

Baldwin said the race gave him great satisfaction and especially for owners Lucky Pippos and Edgar Allen who have been great stable supporters.