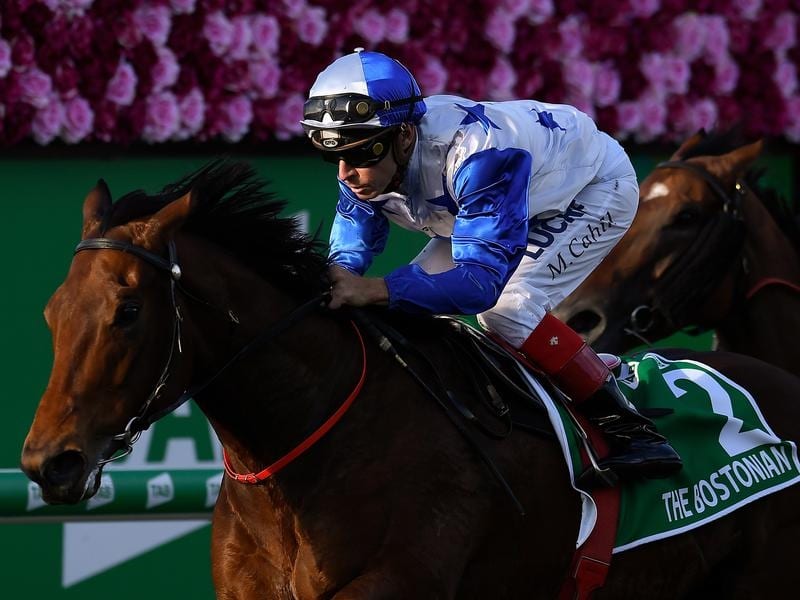 New Zealand gelding The Bostonian heads to Sydney in the spring with The Everest the ultimate goal.

Multiple Group One winner The Bostonian is set to cross the Tasman once again this spring to try and add to his elite-level tally.

The Tony Pike-trained gelding had another lucrative autumn in Australia this year, bagging his third Group One victory in the Canterbury Stakes (1300m) at Randwick in March, before finishing runner-up in the Group One George Ryder Stakes (1500m) at Rosehill.

Sydney will once again be the target this spring, with the rising six-year-old set to kick-off his campaign in a race named after one of the city’s favourite daughters.

“He has been back in work for just on seven weeks,” Pike said.

“He is coming up really well. He has had a few pieces of fast work and I can’t fault him, he is looking fantastic.

“At this stage he will probably have a trial or a couple of exhibition gallops in New Zealand and it is most likely, after talking with (owner) David (Archer) this week, that he will resume in the Winx Stakes (Group One, 1400m) on August 22.

“At this stage he will purely be campaigning in Sydney. It’s just a matter of trying to convince the government to give us an exemption to get a couple of staff members over there.”

The Bostonian will be looking to impress in his first-up run to try and garner some interest from $14 million The Everest (1200m) slot holders.

“If he could get a spot in The Everest that would be great,” Pike said.

“He would be hugely competitive if there was a slow or heavy track, which is a possibility at that time of year.

“If he performs well in the Winx Stakes there is a possibility a slot holder might look at him as a genuine chance in the race.”