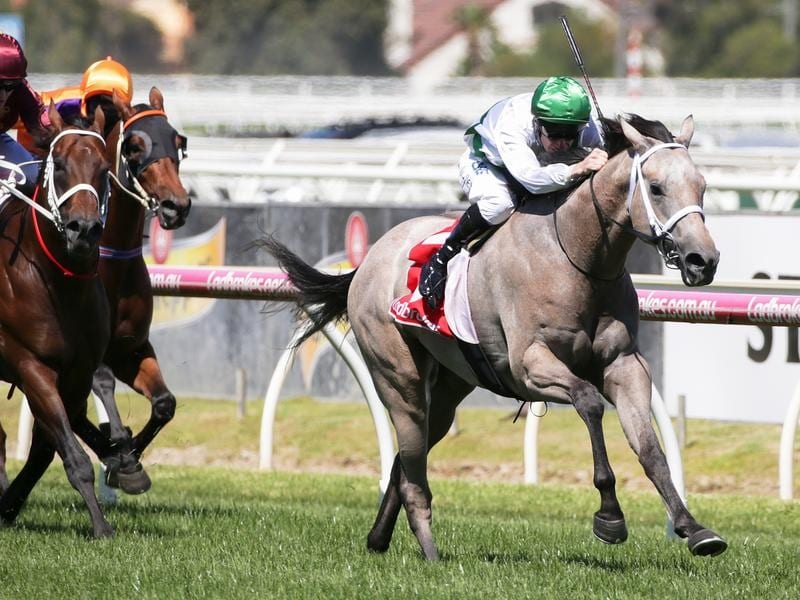 Trainer Phillip Stokes hopes Terbium can overcome a wide barrier when he returns at The Valley.

Phillip Stokes would have preferred a softer barrier draw for Terbium’s return to racing at The Valley but the trainer cannot fault the gelding’s build-up to the race.

The unfashionably bred Terbium, by Terango out of Serene Lass, made a name for himself winning his first four races last summer, including the Group Three Zeditave Stakes at Caulfield.

He suffered his first defeat when he resumed from a 10-week let-up in the Group Two Euclase Stakes in Adelaide in May and finished sixth, but Stokes is convinced the four-year-old is going much better leading into Saturday’s Ranvet Handicap (1200m).

“I probably rushed it a bit last prep bringing him back for that race in Adelaide. But I didn’t want to leave him in the paddock for six months so I’m pleased I did because he’s got a bit of residual fitness there and he has come to hand well this time.

Terbium was $2.90 favourite on Thursday for the benchmark-90 race at The Valley which Stokes hopes is a stepping stone to better races.

But Terbium and his jockey John Allen need to overcome a wide barrier, having drawn 12 in a field of 13 plus one emergency.

“He’s just drawn a very sticky barrier so I’m not sure what we’ll do there,” Stokes said.

“But it looks the ideal race to kick him off in.

“I’m happy with the horse and we’ll just see what level he gets to this time around.”