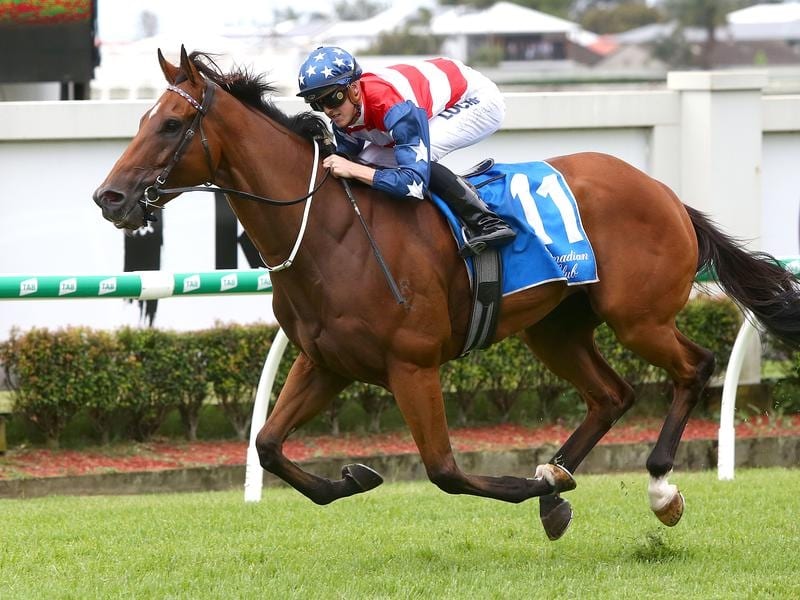 Trainers Toby and Trent Edmonds are hoping Cadogan can get back on the winners’ list at Eagle Farm.

The Edmonds training partnership seems to have found the key to one problem child and hope to do the same with another at Eagle Farm.

The combination of Toby Edmonds and his son Trent got their 19th winner for the season when Dream Master won by 4-1/2 lengths at Doomben on Wednesday.

Dream Master has been a trial for the partnership because of his habit of dropping his jockeys including at his previous start at the Gold Coast when he unloaded Jackson Murphy just after the start.

“The pity is that around the stables he is like a family pet. But three times he has unloaded his jockey,” Trent Edmonds said.

“He had two trials in the lead up to this run so hopefully we have finally got the key to him.”

The team now hopes it can get Cadogan back in the winner’s circle in the Cascade Handicap (1200m) at Eagle Farm on Saturday.

Cadogan was considered a genuine winter carnival contender this year but missed his chance with a virus.

The gelding ran last in the Listed Luskin Star at Scone in May and was a sick horse afterwards.

“We had no choice but to miss the winter carnival and give him a good break,” Edmonds said.

“He showed he was getting back near his best with his last-start third at Eagle Farm two weeks ago.”

Cadogan was an unlucky fourth in the Magic Millions Cup this year and will probably head the same way again in January.