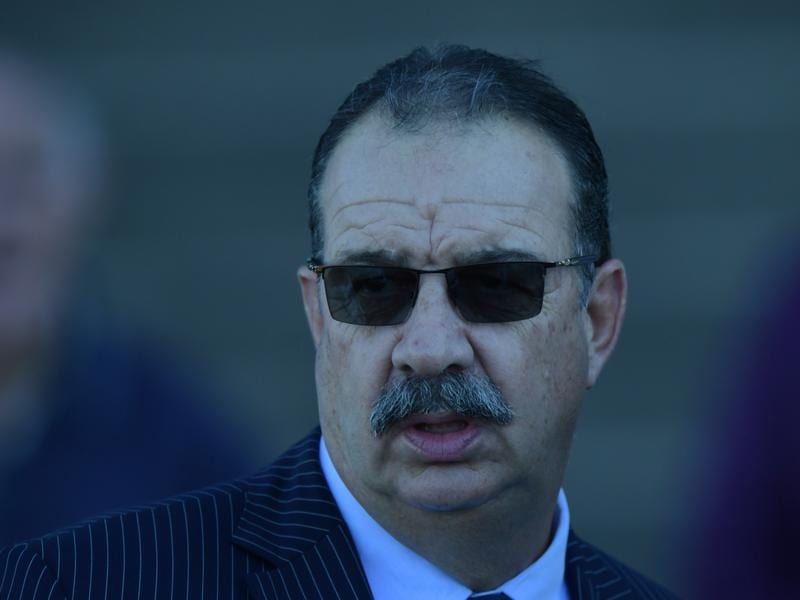 John Sargent reckons his two Tea Rose Stakes fillies have snuck under the guard of punters as boom three-year-old Libertini maintains a stranglehold on the market.

The winner of the Silver Shadow and Furious Stakes, Libertini is the $1.85 favourite to add the Tea Rose (1400m) to her resume, despite being untested on heavy tracks and rising 200 metres in distance.

Sargent saddles up rival runners Aspect Ratio and Emeralds who at $81 and $61 respectively rank among the outsiders of the field despite carrying creditable form lines into Saturday’s race.

Aspect Ratio proved her wet track credentials with a second to New Zealander Quick Thinker in the Ming Dynasty Quality (1400m), while Emeralds was a closing last-start third behind Golden Rose hopeful Yao Dash and Funstar, who is $4.60 second pick for the Tea Rose.

“I would have thought they’d be shorter in the betting but that’s what the market is,” Sargent said.

“As long as I’m happy with them, that’s the main thing.”

Sargent has a knack for producing Classic fillies and in recent years has won a VRC Oaks with Kirramosa (2013) and Queensland Oaks with Quintessential (2012), while Gust Of Wind became the last horse to beat Winx when she claimed the 2015 Australian Oaks.

He has high hopes Aspect Ratio and Emeralds, a daughter of Sebring, can follow a similar path with both boasting stout pedigrees.

And it is that stamina that could be significant if Saturday’s race turns into a slog on the heavy Randwick track.

“One is by Sebring and should handle it and the other ran second on a heavy track last start so the track isn’t a worry,” Sargent said.

“Those brilliant horses like Libertini, it can bring them back to the pack, so I’m very happy with that.

“It’s probably more in our favour than in the brilliant filly’s favour.”

While the market suggests Emeralds is the top pick of Sargent’s pair, the trainer cannot split them.

They work together regularly and usually finish on par.

“They’re very even. They galloped together on Tuesday over 1000 metres and they finished together,” he said.

“It will be down to who gets the best run.”

Sargent expects both fillies to eventually stretch out to a staying trip and will not be surprised if they end up on a VRC Oaks path this spring.