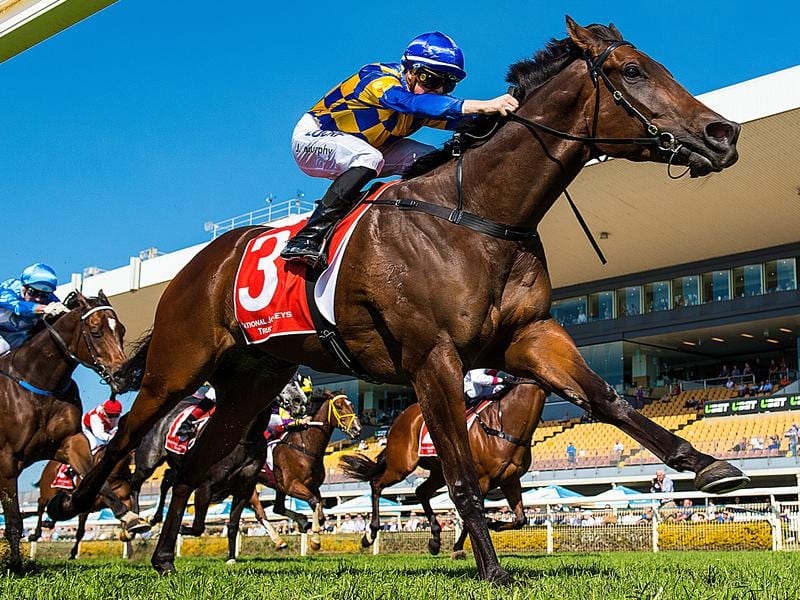 Trainer Stuart Kendrick has one last Christmas wish after Tarzan maintained his crown as the King Of The Sunshine Coast – a good barrier draw at the Gold Coast.

The gelding’s record at the Sunshine Coast 1000m now stands at 16 starts for 10 wins, four seconds and a third.

Oakleigh Plate winner Swiss Ace holds the weight-carrying record for a win at the Sunshine Coast at 68kg.

However, that was in a Sunday provincial open handicap and Thursday’s race was a metropolitan rated open.

Kendrick has nothing but admiration for Tarzan, who was among the first horses he got when he moved from Mackay to Caloundra six years ago.

“He makes me proud whenever he races. He is pretty one dimensional – he gets into stride and rolls along,” Kendrick said.

“Then when they get to him he kicks. I wasn’t really worried about the weight today because he carries more than that in track work.”

Kendrick said Tarzan would head to the Gold Coast in a fortnight for the Magic Millions Snippets (1200m).

Tarzan has had only one start at the Gold Coast when well beaten in the Bat Out of Hell after he drew a wide barrier.

“The key to his chances in the Millions race will be drawing a good barrier, so I suppose we can wish for one,” Kendrick said.

Maloney has an amazing win strike with Vandyke of about 40 per cent.

They will combine with the short-priced favourite Alligator Blood in the Vo Rogue Plate at Eagle Farm on Saturday.

The Kris Lees-trained Alam Mo Na ($2.50) confirmed her rating as a promising stayer with an easy win in the Iron Jack Plate (2200m).

Alam Mo Na, who is raced by the Gooree Stud, is headed to Saturday staying races.