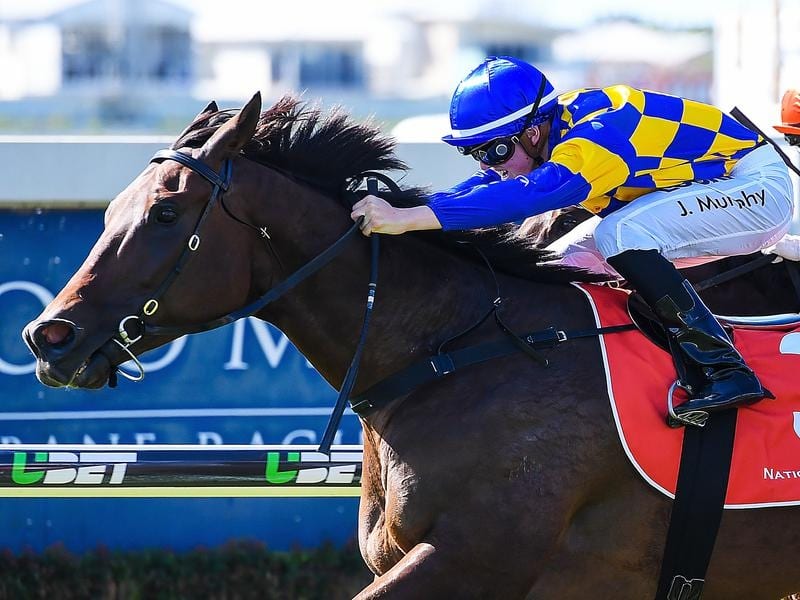 After five seasons of racing, veteran Tarzan makes his debut at Ipswich as trainer Stuart Kendrick tries to turn the gelding’s form around.

Tarzan will join stablemates I Dream Of Green and Winter Passage in the Listed Eye Liner Stakes (1200m).

It will be seven-year-old Tarzan’s 43rd start, almost all of which have been at the Sunshine Coast or Doomben.

Kendrick said there was no reason Tarzan wouldn’t handle the tricky Ipswich track.

“There is no particular reason he has never run there before. It has been a case of his race program never fitting in with Ipswich races,” Kendrick said.

Kendrick believes Tarzan is a horse which needs factors to go way and they haven’t happened in his three races since a spell.

“He has won 16 races and as you would expect he has been paying the price at the weights,” Kendrick said.

“He is gradually starting to get back down in weight and that is a help.

“Tarzan has also drawn the rails on Saturday. He likes to roll to the lead and provided they don’t want to go silly he should be up there.

“Baylee Nothdurft was the last jockey to win on him and he is back on this Saturday.”

Kendrick said I Dream of Green and Winter Passage had both been racing well and earned a chance in Listed company.