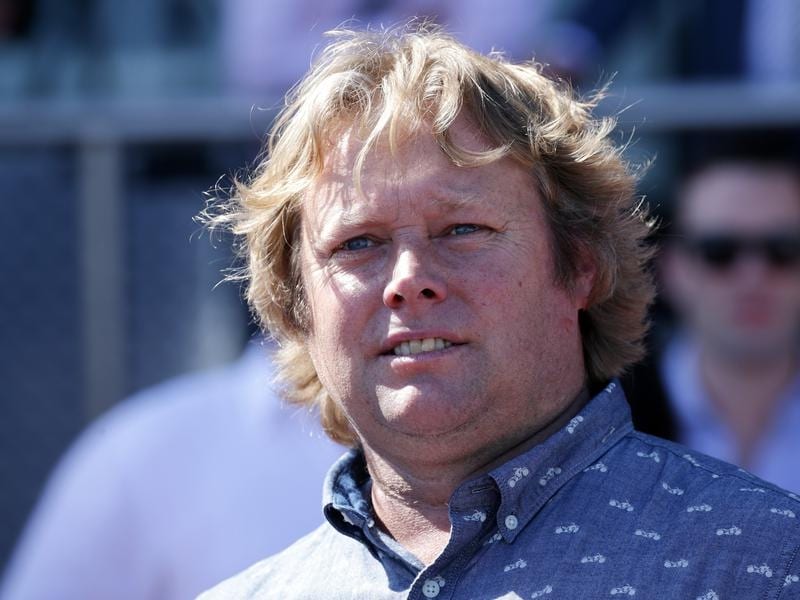 The narrow defeat of Tarquin in the Mornington Cup may have cost trainer Simon Ryan the opportunity of a lifetime.

Victory in the Mornington Cup would have given Tarquin a start in the Caulfield Cup and for Ryan, who runs a small operation at Warrnambool, a chance to showcase his stable on the big stage.

“That would have been a dream come true for a bloke like me,” Ryan said.

Tarquin may not be a contender for this year’s Caulfield Cup but Ryan hopes the former Godolphin-owned horse will be a spring player after he begins his campaign in Saturday’s VRC Member Emma Duffy Handicap.

Tarquin’s new owners paid $60,000 for Tarquin as a potential hurdler, but following a good first preparation they and Ryan have elected to give him a spring campaign.

The Herbert Power Stakes or the Moonee Valley Cup are races Ryan has in mind along with the Geelong, Bendigo and Ballarat Cups.

“He always runs well at Caulfield, even when he was a young horse,” Ryan said.

“I’m hoping he might get to the Herbert Power, that’s a race he’d get in well with at the weights.

“The timing will be right and if we’re to test him at the higher end, that might be the race.”

Ryan is hoping the rain bypasses Flemington on Saturday with the 1400m a nice starting point for a spring preparation.

He said he would get a better idea of spring plans after his first two or three runs.

“I’m really happy with him but it is a fair way short of his best distance, but we’ve got to start the preparation somewhere,” Ryan said.

“I think there’s a nice race in him over the spring. I don’t know what it is, so we’ll take it one step at a time.

“I’d love to win a nice race on one of the big carnival days.”