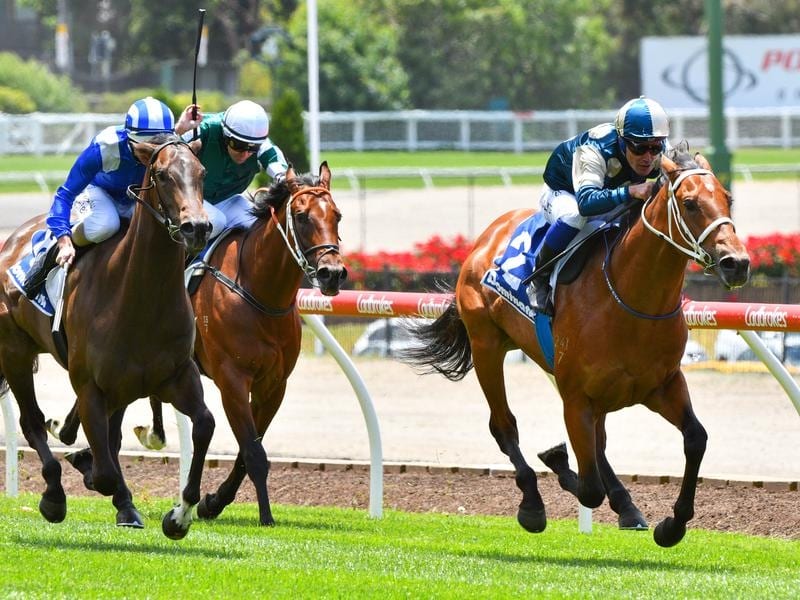 Co-trainer Trent Busuttin says Tagaloa (r) is in work to prepare for the Blue Diamond Stakes.

After a short break following a metropolitan win at The Valley, two-year-old colt Tagaloa has returned to the stables of Trent Busuttin and Natalie Young to embark on a Blue Diamond campaign.

Connections opted against pressing towards January’s Magic Millions Classic with Tagaloa after his win at The Valley on November 30 and instead the youngster was given a short break before returning to the Cranbourne stables on Monday.

“He had a couple of weeks off and he’s back in the stable now,” Busuttin said.

“You don’t want to get carried away. You’ve got the big stables I’m sure with a stable full of gun two-year-olds that haven’t stepped out yet. It’s still very early in the season but he’s been up to the mark so far.”

Tagaloa is at $15 in an early Blue Diamond market which has Dame Giselle and Muntaseera equal $9 favourites.