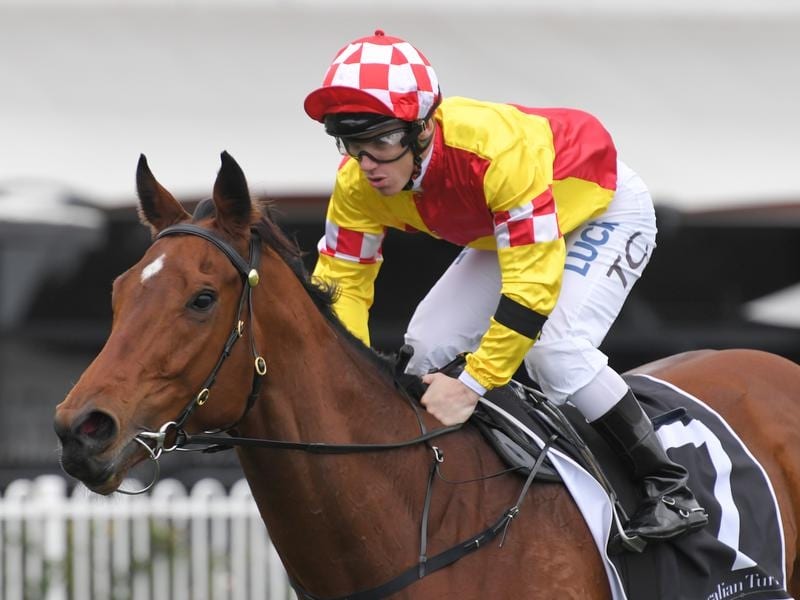 Sydney jockeys have paid tribute to Mikaela Claridge, wearing black armbands in memory of the young apprentice who was killed in a trackwork accident at Cranbourne.

The riders wore the armbands in the second race at Saturday’s Rosehill meeting and jockey Tim Clark, who won the race on Wimlah, said Claridge’s death on Friday put everything else in perspective.

“It was obviously a tragic incident yesterday,” Clark said.

“I don’t think many of us guys here knew her, but it is still very sad and our condolences go out to her family.

“It puts things in perspective.”

Wimlah’s victory in the ATC Member Tours Handicap was an overdue one for the Gai Waterhouse and Adrian Bott-trained mare, who had been racing consistently and started a $3.50 favourite on the strength of her good wet track record.

Clark stalked leader Helga and took control of the race at the top of the straight, holding on to score by a length from Le Lude ($6.50) with Rossmay ($16) best of the rest another 3-1/4 lengths away.

Bott said Wimlah had been in work for some time but continued to thrive and could eventually measure up to better company.

“She’s done a great job to hold her form for so long,” Bott said.

“We’ve been keen to take her through he grades and let her progress slowly.

“I think she’ll get to a stakes race eventually but whether we test her just yet, we’ll wait and see.”