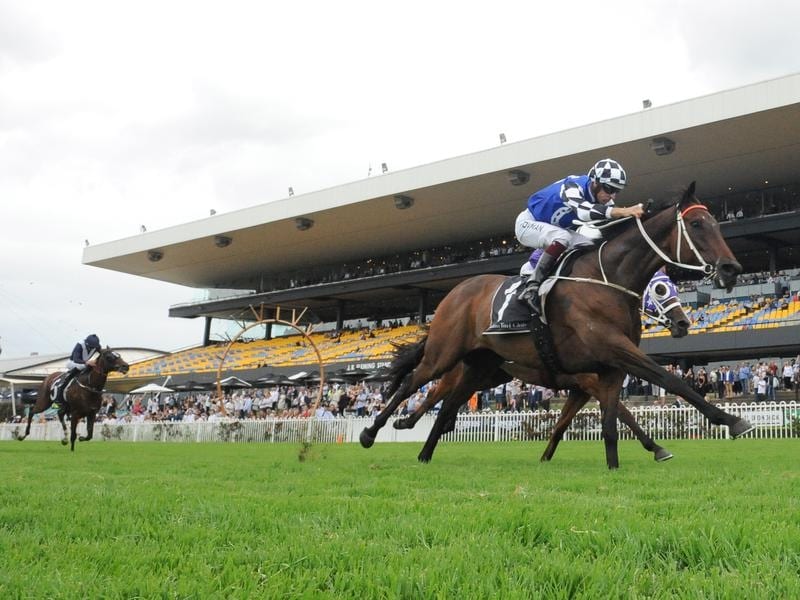 Mustajeer looms as the best of three Australian Bloodstock runners in the Sydney Cup.

Australian Bloodstock’s Jamie Lovett has serious doubts over the international participation in this year’s Melbourne Cup and says the clock is ticking for Europe’s stayers.

Overseas horses have increasingly made up a large part of the Cup field and invariably make their presence felt.

But with the coronavirus shutting down racing in Europe, Lovett has questioned whether the international raiders will be ready in time for the Australian spring.

“I dare say this far out, you’re not going to have the big European contingent that we’ve had in the past given our horses in Europe aren’t even back racing now and we are in April,” Lovett said.

“Usually by June we’re identifying which ones we’re bringing over, so if they’re not even racing, I’m saying it won’t be happening for most of the major stables over there.”

A core part of Australian Bloodstock’s business is sourcing European stayers for carnival bids and in 2014 they claimed the Melbourne Cup with German horse Protectionist.

Mustajeer could not deliver a second last year but he will chase another staying title in Saturday’s Sydney Cup (3200m) at Randwick, alongside fellow Australian Bloodstock imports Raheen House and Saunter Boy.

The three are prepared by Kris Lees, who trains the bulk of Australian Bloodstock’s horses, and Lovett says it is satisfying to get them all into a Group One race.

“We buy these horses and these are the races we target every year, the staying races in Sydney and Melbourne so to get them into the races is half the battle,” Lovett said.

“It would be nice to get a result for the owners because that’s been the plan the whole way through.”

The winner of the 2019 Ebor Handicap, Mustajeer has returned in great heart winning the Parramatta Cup first-up and finishing second to the in-form Verry Elleegant in the Ranvet Stakes last start.

Lovett feels Mustajeer has had an ideal Sydney Cup preparation and is the pick of their runners.

“I think Mustajeer has the class to win the race, provided he runs it right out. I think he’s our best winning hope,” Lovett said.

“He has been trained to the minute. He was super first-up when he won the Parramatta Cup. He ran super in the Tancred and I think he’s still on an upward trajectory.”

Given the coronavirus situation, Australian Bloodstock may not be able to bring horses over from Europe for this year’s Melbourne Cup.

But if Mustajeer and Raheen House run well on Saturday, they may not need to.

“Provided they both see out the two miles then they will both qualify for the race. We’d be foolish not to target it.”