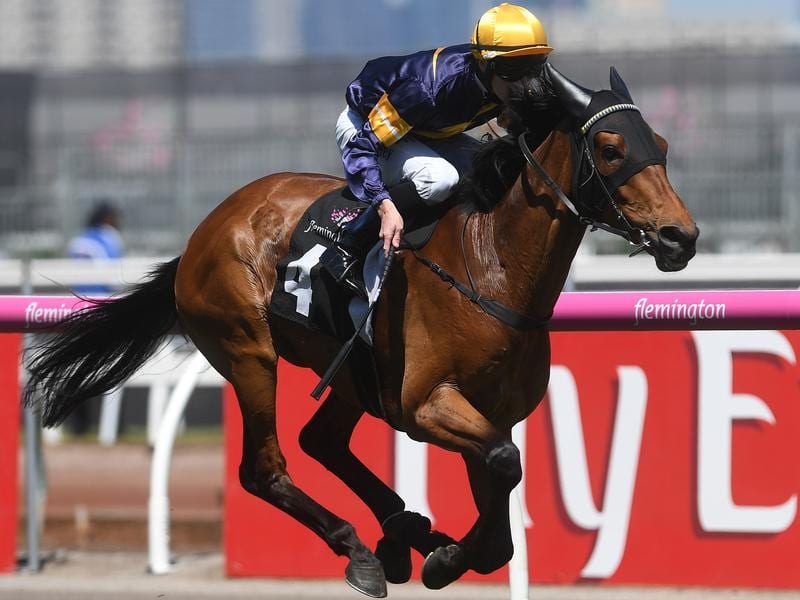 Sydney Cup runner-up Vengeur Masque will be missing from the spring carnival after suffering an injury in a paddock accident.

The Mike Moroney-trained imported stayer won the Geelong Cup and Queen Elizabeth Stakes during the 2017 Victorian spring carnival while his spring preparation last year included unplaced runs in the Caulfield and Melbourne Cups before his third in the Sandown Cup.

Vengeur Masque was sent for a spell after finishing a game second to Shraaoh in the Group One Sydney Cup (3200m), the final start of his autumn campaign in April.

Moroney said the gelding suffered a hock injury days before he was due to return to work.

“We had our first blow the other day. Vengeur Masque is out for the spring,” Moroney said.

“He had a paddock accident about four days before he was about to come back in.”

He said Vengeur Masque must have slipped over and fallen.

“He ended up very lame behind, with a big hock. They X-rayed it and he had bone chips.

Moroney is looking to have the rising eight-year-old back for an autumn campaign next year.

The trainer has two imports set to run at Sandown on Saturday with three-year-old Buffalo River the early favourite for the Ladbrokes Multiverse Handicap (1400m) after a win at Ballarat at his Australian debut.

Five-year-old Mr Marathon Man, a Listed winner in France who Moroney hopes can be a spring player, lines up from a wide draw in the Ladbrokes Back Yourself Handicap (1600m) as he bids for his first Australian win at his third attempt.