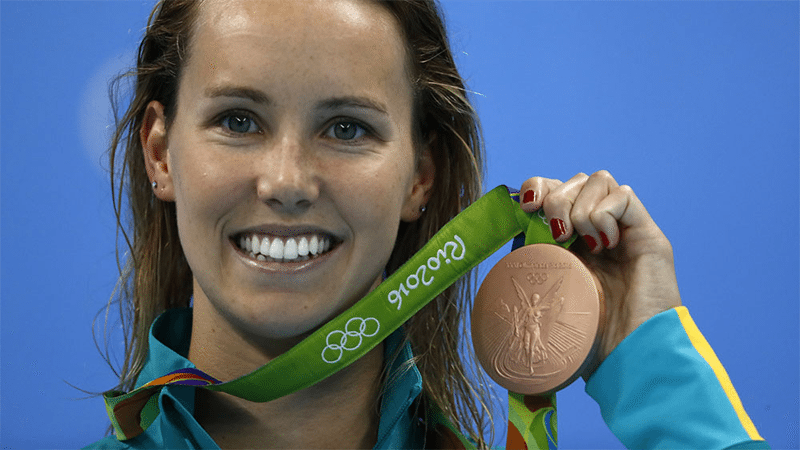 WOLLONGONG swimmer Emma McKeon has been installed as the $2.50 favourite at Sportsbet.com.au to be Australia’s flag bearer at the Olympic Games closing ceremony.

McKeon was one of our best performers in Rio, and will bring home four Olympic swimming medals, one gold, two silver and a bronze.

The Campbell sisters are divided in the market.

Bronte is on the fourth line of betting at $6, but the golden girl of Australian swimming who failed to fire in Cate Campbell is not even in the frame at the $51 quote.

Cate Campbell would have been a strong candidate for the job, but after she failed to fire in the 50m women’s gold medal final – a moment she described as the “greatest choke in Olympic history” – the selectors may be reluctant to thrust her into the spotlight.

Everyone’s favourite megalomaniac, Kitty Chiller, is at the foot end of the market at the lofty price of $101.

Sportsbet representative Ben Bulmer believes the 22-year-old McKeon looks like the standout candidate after the opening week of Rio.

“Emma had a big workload, but was one of the stars of the pool for the Aussies and deserves to be favourite.” Bulmer said.

“But there are plenty of other worthy candidates with Kyle Chalmers and Kim Brennan strong contenders to be given the honour – and with six days of competition left a few more could yet emerge,”