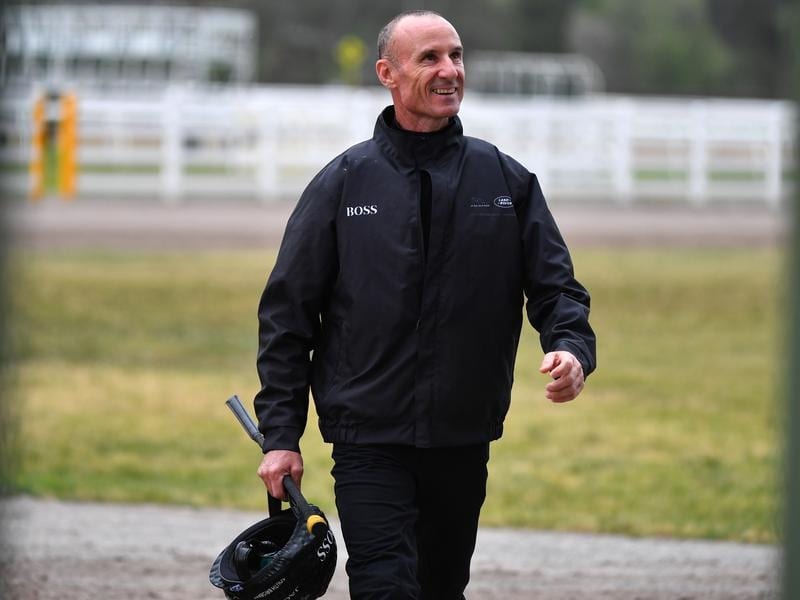 Glen Boss has ridden his Melbourne Cup mount Constantinople for the first time and is amazed at how effortlessly the stayer goes about his business.

And the jockey has drawn comparisons between Constantinople and a champion, saying he reminds him of Makybe Diva before she went on to claim the first of her three Melbourne Cup victories.

Boss, who ride Makybe Diva in all three Cup wins, described Constantinople as a beautiful horse yet to fully develop.

He said he was still a juvenile in his looks, but from what the horse showed the jockey at Flemington on Friday morning he has got the ability.

“He’s got the frame and he reminds me a bit of Makybe Diva before her first one (Melbourne Cup).

“She had a massive frame and then built up. He’s the same, a bit like a coat hanger, but when he fills out, he’s going to be something.”

Boss said he had watched all Constantinople’s replays and did not know what to expect before seeing him for the first time on Friday.

He described Constantinople as a sweet mover.

“Seeing him in the flesh, gee he’s a nice horse,” Boss said.

“He’s got a good set of pipes and is very athletic.

“He’s one of those horses that walks fast, trots fast, canters fast but he feels like he’s going slow.

“We did nine furlongs, going 14 seconds, it felt like we were cantering and when he finished his work, he was up for more.”

Constantinople, formerly trained by Aidan O’Brien in Ireland, made his Australian debut for the Lindsay Park team last Saturday, finishing an unlucky fourth behind Japanese stayer Mer De Glace in the Caulfield Cup.

Boss replaces Luke Nolen on the northern hemisphere-bred three-year-old who has 52.5kg and is the $7 favourite in the Melbourne Cup at Flemington on November 5.