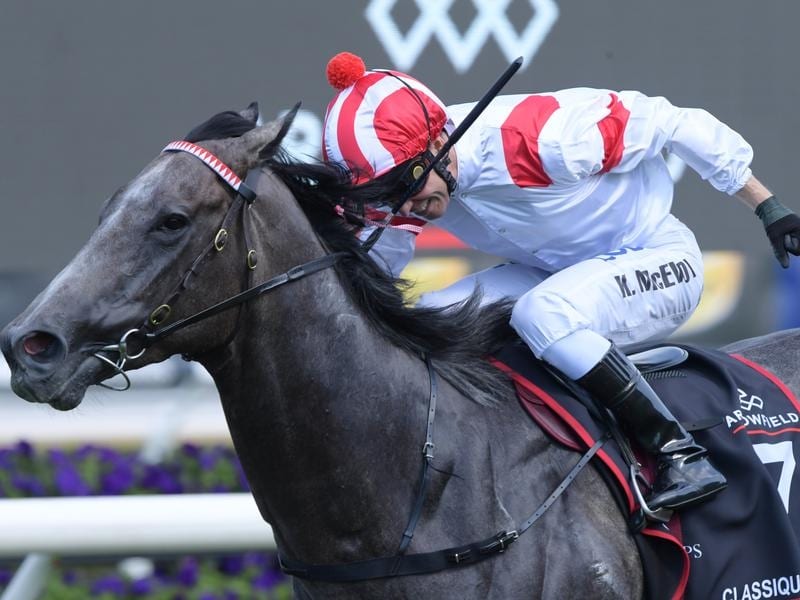 Classique Legend has run an eye-catching second to speedster Sunlight in a Randwick barrier trial.

Classique Legend has shown no ill effects from a delay to his Everest preparation with a solid second to speedster Sunlight in a Randwick barrier trial.

Both are headed to the $14 million Everest on October 19 with the markets posting the pair at $9 each.

With Luke Currie aboard, the Tony McEvoy-trained Sunlight controlled Tuesday’s 1000m-heat on the course proper with Classique Legend not asked to do too much by Kerrin McEvoy until the final 200m.

He stoked him up and he strode past Greysful Glamour to trim the margin to 2-1/4 lengths.

Sunlight is a three-time winner at Group One level while the less experienced Classique Legend has won three of his four starts, most recently the Group Two Arrowfield Sprint in April.

Last year’s Everest runner-up Osborne Bulls missed Tuesday’s trial and Godolphin said he would have another on September 10 and would now resume in The Shorts 11 days later.