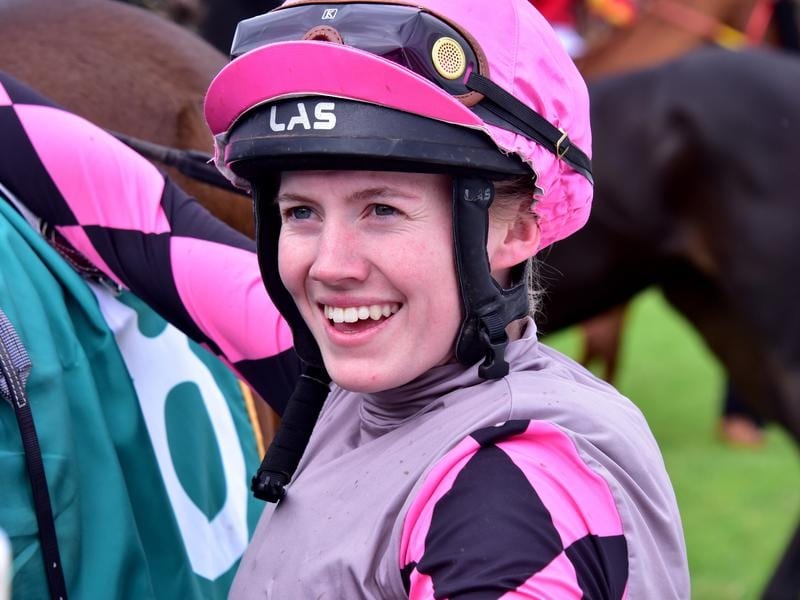 The deaths of Mikaela Claridge (above) and Melanie Tyndall have prompted calls for a full study.

The Australian Jockeys Association boss agrees a statistical analysis is needed on the male-female ratio of rider deaths, but says it should wait until the families of two young women have time to grieve.

Des O’Keeffe, chief executive of the Australian Jockeys Association, says it is apparent more women are in the industry but there should not be a knee-jerk reaction that they suffer more fatalities.

This century 21 jockeys and track riders have died in work-related incidents, nine of them female.

O’Keeffe said the families and friends of both women were in distress and while both accidents were the subject of coronial and WorkSafe inquiries, they did not need the added pressure of speculation about the causes.

“Having spent three days with Mikaela’s family, they are finding it to the point of being hurtful that it is becoming a statistical analysis within 48 hours of their sister and daughter and wife’s passing,” O’Keeffe said.

“We just need to be very careful that our primary response and our primary level of care and respect need to be on those people, not on delving on a statistical analysis of any trends occurring or whatever.

“Every critical incident needs to be, and is, reviewed either in the worst outcome through the coronial process, and also through the race day incidents through stewards and through various WorkSafe organisations, Work Cover organisations, in various states and territories,” O’Keeffe said.

“If there are patterns that are apparent it should be looked at.

“This needs to be done in a proper and professional way and there needs to be a balanced outcome.

“It is something that must be done by the industry on a national level.”

A preliminary report from an inquiry by stewards in the Northern Territory has found Tyndall’s horse clipped heels in a relatively common racing incident.

There are fewer than 20 jockeys licensed in Darwin with the racing community rocked by Tyndall’s death along with the police force in which she was a constable.

O’Keeffe said all industry participants affected by the deaths of Claridge and Tyndall had access to counselling services through the race clubs and the jockeys’ associations in each state and territory.