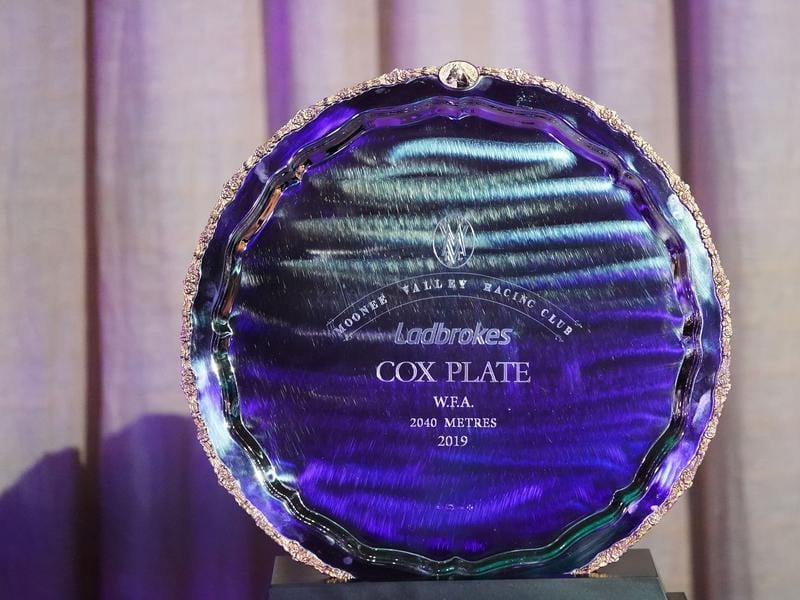 There are 68 horses still in the mix for the Cox Plate to be run without four-time winner Winx.

The absence of four-time winner Winx has kept the Cox Plate dream alive for a larger number of horses after the second round of acceptances were taken for the $5 million race.

In total 68 horses remain in contention for the weight-for-age race at The Valley on October 26, an increase of 27 on last year.

Of these, 10 are internationally trained, five more than at the same stage last year.

Tasmanian mare Mystic Journey remains favourite to take over Winx’s mantle as Cox Plate champion with strong local opposition from Avilius after his Group One George Main win at Randwick on Saturday.

Overseas acceptors include high-class Japanese pair Lys Gracieux and Kluger along with the Australian Bloodstock-owned Danceteria who all received invitations from the Moonee Valley Racing Club.

Godolphin UK trainer Saeed bin Suroor has kept Dream Castle in the field while Aidan O’Brien, who won with Adelaide in 2014, has Hunting Horn, Magic Wand and Mohawk remaining.

O’Brien’s son Joseph has accepted with three horses for owner Lloyd Williams – Latrobe, Master of Reality and Twilight Payment – while Williams also has Homesman, prepared by Liam Howley, who will progress his Cox Plate claims in the Underwood Stakes at Caulfield on Sunday.

After the first stage of acceptances for the Caulfield Cup on October 19, 74 horses remain including 10 from international stables.

Third favourite Mustajeer arrives in Melbourne on Saturday along with several European horses including Mirage Dancer for Trent Busuttin and Natalie Young and the Lindsay Park-trained Constantinople.

If he lines up, Constantinople will make history as the first northern hemisphere three-year-old to compete in the Caulfield Cup.

Brimham Rocks and Self Sense remain in contention and are assured a start courtesy of their wins in the MRC Foundation Cup and Mornington Cup respectively.