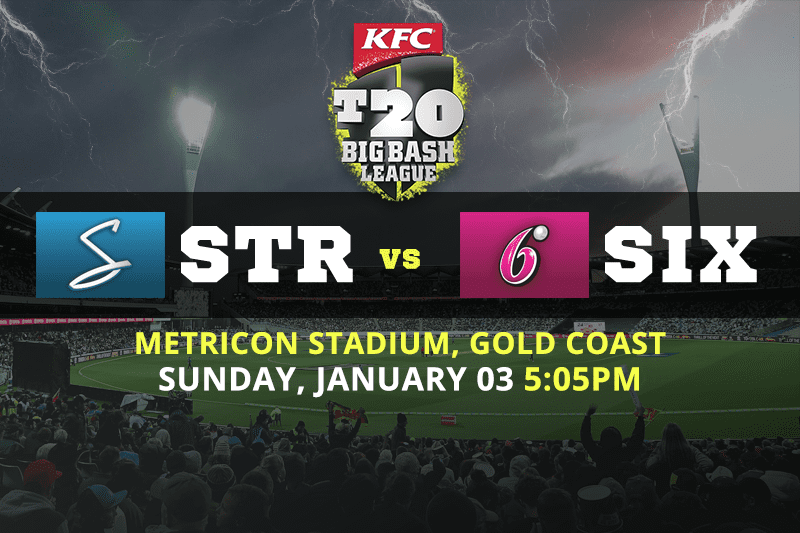 Two of the Big Bash League’s biggest contenders will clash at Metricon Stadium this Sunday when the Adelaide Strikers and Sydney Sixers face off.

Alex Carey has been brilliant for his Strikers upon returning to the squad, scoring 82 runs in his most recent outing, but it wasn’t enough to get the victory.

The Sydney Sixers won four of their opening five matches, giving them the best start to BBL10, but whether they can win this Sunday after playing a big game on Saturday will be interesting.

You cannot underestimate how much energy it takes to play two games on the same weekend, meaning the Strikers could pull off the underdog victory if the Sixers aren’t up to scratch.

As we previously mention, Carey dominated against the Perth Scorchers in his last innings, falling 18 runs short of a century in the loss. Carey has a balanced combination of strength and timing, allowing him to sweetly hit most of his boundaries. If the Sixers bowlers give Carey anything too short or wide, he will capitalise and make at least 20 runs.

The inconsistency of Jack Edwards is extremely aggravating for Sydney fans, as the young opener has the potential to be great, but often fails to get his innings started. The one team that Edwards thrived against was the Hobart Hurricanes, who’s fast bowlers didn’t trouble the 20-year-old. Adelaide will utilise pace more than spin, where Edwards should thrive once again.

Not many teams look as primed for a championship run as the Sydney Sixers do in BBL10. Even though the Strikers have a fantastic list filled with stars, the Sixers simply know how to win games and have a plethora of experienced minds to get them over the line this Sunday.