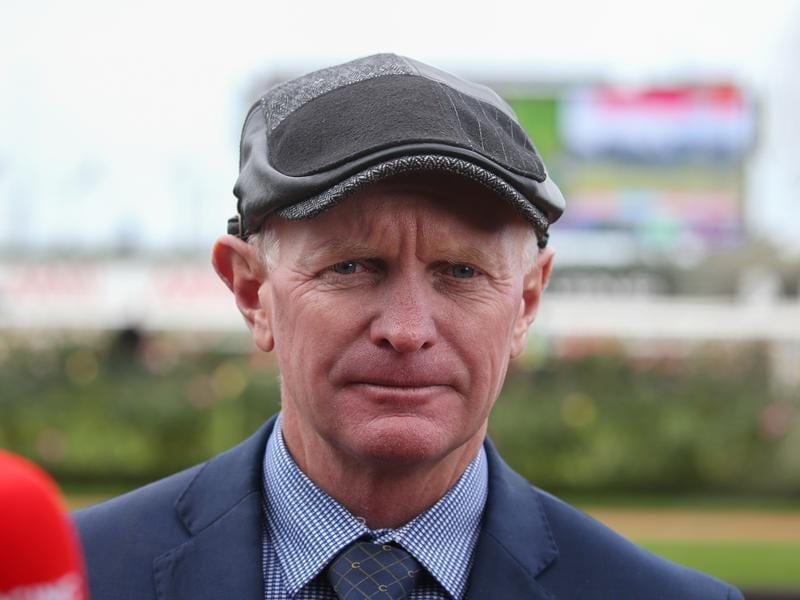 Trainer Phillip Stokes is forgiving of Music Bay’s unplaced run in her Thousand Guineas lead-up and is confident the filly is poised to do better than her odds suggest in the Group One race at Caulfield.

Music Bay loomed to challenge Smart Melody at Flemington in the Cap D’Antibes Stakes (1100m) last month before the unbeaten Kris Lees-trained filly edged away again to win by 1-1/2 lengths.

Music Bay then went to the Thousand Guineas Prelude (1400m) but was sixth, beaten more than four lengths as Smart Melody continued on her winning way to cement favouritism for Saturday’s Guineas.

“She pulled up a bit sore after her last run,” Stokes said.

“She had bruising in the inside heel so we’ve done a few shoeing changes and that seems to be OK. She’s fine.

“It’s a tough race but this has been her goal.

“Outside of her last run, if she had run well she would be right in the market. But after they have one (bad) run here they just seem to put a line through them.”

“If you go back to her previous runs, she ran super first-up,” Stokes said.

“I feel getting to the mile is her distance. I think she’ll be better at Flemington than Caulfield, but she’s done enough work at Caulfield now to be familiar with it and I’m hoping for a good run.”

Stokes was delighted with Music Bay’s main lead-up gallop on Tuesday morning on the Caulfield course proper when she was paired with stablemate Assertive Play.

“She worked very nicely and pulled up well in the wind,” Stokes said.

“I’m happy enough with where her fitness is at.”

“From barrier five she doesn’t have to do any work. She can just come out and be where she’s comfortable,” Stokes said.

“That’s made life easier for Linda, and she’ll get her chance.”

Smart Melody was the $2.80 favourite on Friday and Stokes rates her the filly to beat.

“If she runs the mile out she’s obviously going to be super-hard to beat.”