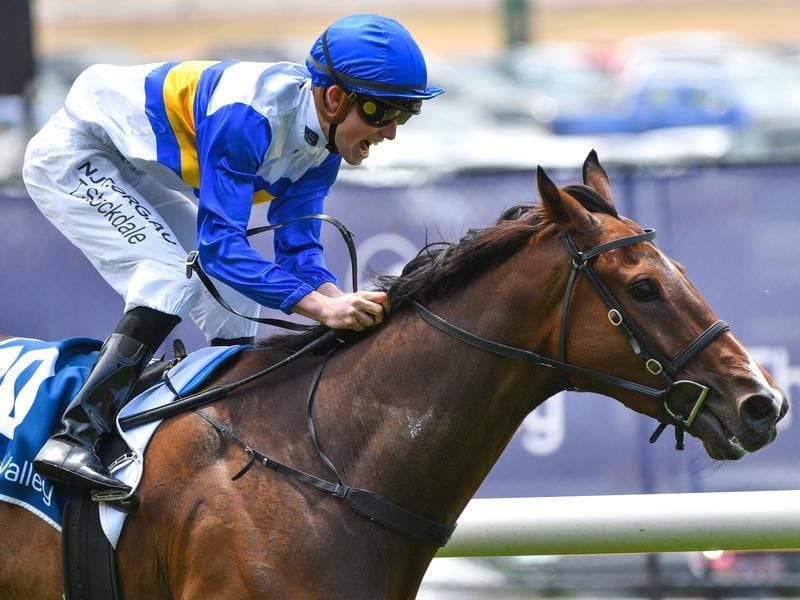 Jockey Thomas Stockdale’s day was all downhill after riding Play Me Now to victory.

Apprentice Thomas Stockdale was dealt a double blow after guiding Play Me Now to victory in the opening race at The Valley.

The victory in the $99 Summer Membership Handicap (2500m) was Stockdale’s first at a Saturday metropolitan, but it also ended his day.

Feeling the effects of wasting to ride Play Me Now at 52kg, Stockdale was stood down from his remaining rides for the day.

Along with losing two other rides at the meeting, Stockdale was also slapped with an eight-meeting careless riding suspension.

Stockdale started an eight-meeting careless riding suspension incurred at Flemington last week at the conclusion of racing on Saturday, with the latest ban to be served at the end of that suspension.

He can return to racing at the Caulfield meeting on January 15.