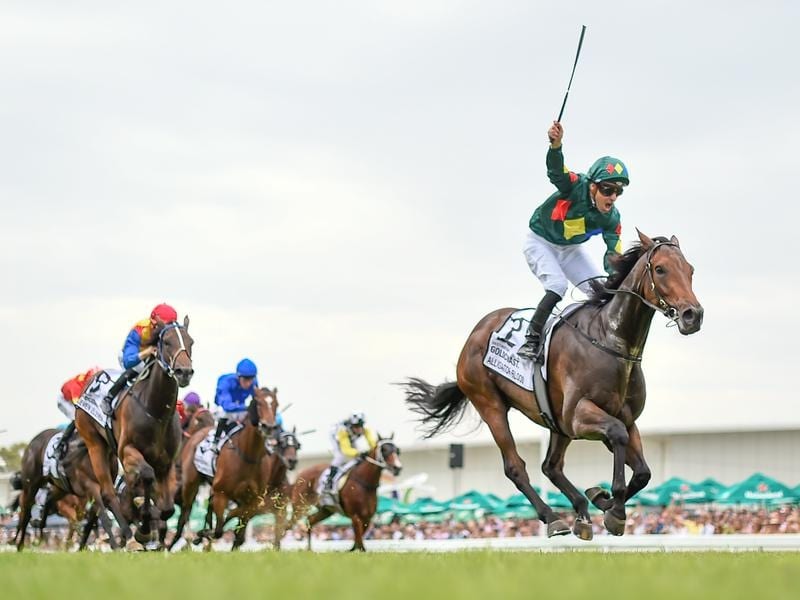 Stewards have been unable to ascertain how a banned substance was administered to Alligator Blood.

A Racing Queensland hearing on Thursday closed with Alligator Blood being disqualified from the $2 million race on the Gold Coast on January 11, while Vandyke was fined $20,000 after traces of altrenogest were found in the gelding’s post-race urine sample.

More commonly known as Regu-mate, altrenogest is banned for use on male horses.

It is a hormone given to keep female horses from being in season, or if they are already pregnant, to keep them from losing the foal.

The hearing was held behind closed doors, but stewards released their report on Saturday.

Chief steward Peter Chadwick said there was no indication about how the substance was administered to Alligator Blood.

“Vandyke could not provide any explanation as to how the prohibited substance came to be present in Alligator Blood,” he said.

“And the stewards had no evidence that Vandyke, his staff or any other person administered altrenogest to Alligator Blood.”

Vandyke avoided suspension after being found guilty of breaching rule AR240(2) – presenting a horse to race with a prohibited substance.

Alligator Blood’s owner Allan Endresz confirmed he will challenge the decision to disqualify Alligator Blood in the Supreme Court after $1.1 million in prize money was forfeited.