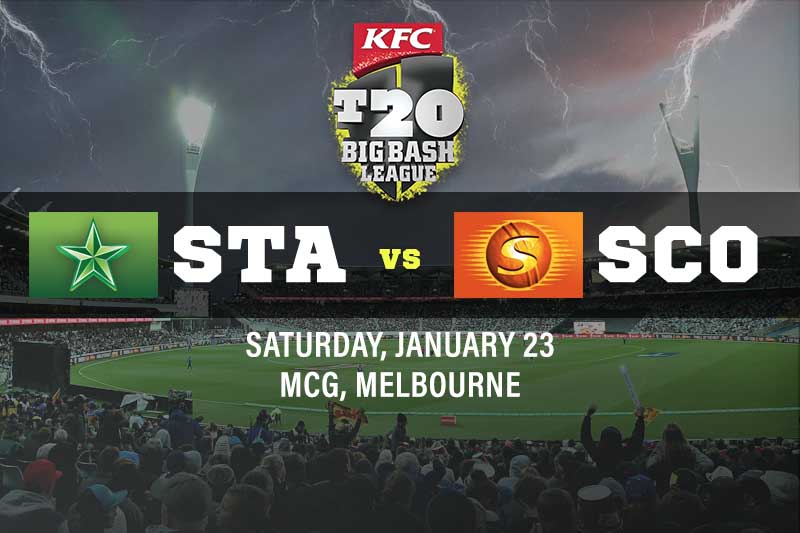 Melbourne fans will have another chance to fill up the MCG when the Stars host the Perth Scorchers on Saturday.

The Stars must record one more BBL10 win to solidify their spot in the finals, but the Scorchers are in outstanding form, coming off six wins from their last seven games.

An unprecedented innings from Mackenzie Harvey saw the Melbourne Renegades come from the clouds to stun the Stars, putting extra pressure on the finals squeeze.

When these squads faced earlier in the season, the Scorchers put up a massive total, but the game was washed out and cancelled before they could secure the win.

The Big Bash League finals begin in less than a week, meaning teams will start gearing up with their best players and hopefully peak at the right time.

It’s not or never for Maxwell if he wants to make the finals, as his batting prowess has won the Stars many games throughout his career. Andre Fletcher continues to struggle at the top end, which has been putting Maxwell into games earlier, giving him more opportunity to make runs. Maxwell should target the weaker bowlers and surpass 20 with ease.

No player has taken more wickets this season than the Western Australian superstar, who has taken over 20 wickets thus far in BBL10. Richardson has been unhittable at times this season and continues to challenge even the most talented bowlers, having taken multiple scalps in five of his last eight games. You can count on Richardson to make anyone nervous when he begins his attack.

Sitting second in the Big Bash standings with six wins from their 11 matches, including the one cancelled game, the Scorchers are clearly one of the competition’s powerhouses. The Melbourne Stars are simply too inconsistent in all departments, as their best is fantastic but their worst is horrible. The Scorchers should have beaten the Stars earlier in the year but will get their chance this Saturday.