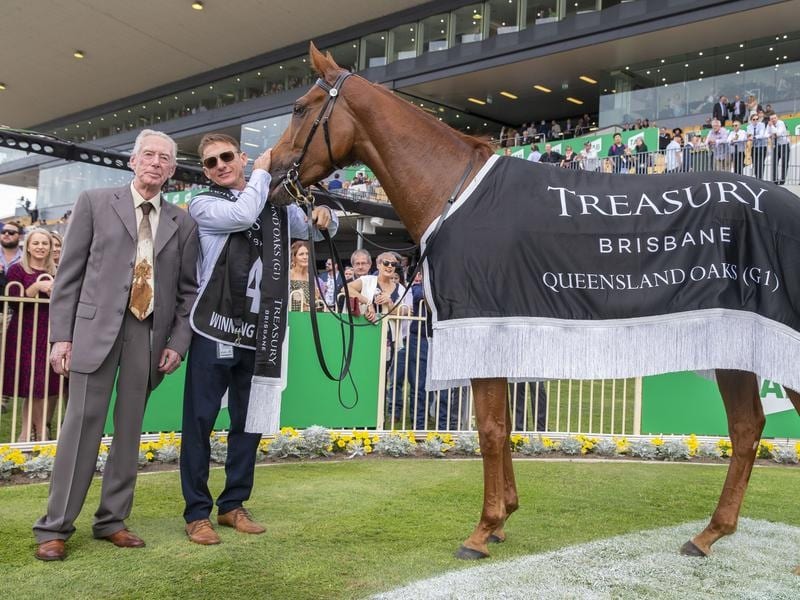 Group One-winning mare Winning Ways will have to return to top form at Eagle Farm if she is to head south for spring features.

Winning Ways, who won the Group One Queensland Oaks in June, steps up to 1800m in the Makers Mark Open Handicap on Saturday.

She finished last in an Open Handicap over 1350m when she resumed at Doomben last week.

The mare was last into the straight and although she finished fairly, did not pass a runner in final 200m.

Trainer Garry Newham has always planned to back Winning Ways up at Eagle Farm and is pressing on with those plans.

Winning Ways is 41st in the order of entry for the Group One Caulfield Cup on October 19.

It means she would be at least a fair chance to make the field but she would have to win well on Saturday to go south.

“You have to be realistic. There is no use going down there just to make up the numbers,” Newham said.

“If she blew them away on Saturday we would go but otherwise we can start thinking about January.

“We can look at getting her a wild card in the Magic Millions Trophy which is a million dollar race over 2400 metres.”

Among Winning Ways’ opponents will be the in-form Looks Like Elvis who had also been entered for Friday’s Newcastle Cup.

Looks Like Elvis has won three of his past four starts with all those victories at Eagle Farm.

Apprentice Nick Keal has retained the ride on Looks Like Elvis who is among a book of six rides for the apprentice.

Keal took a week off recently in a effort to help him stabilise his weight and hopes he is on the right path again.